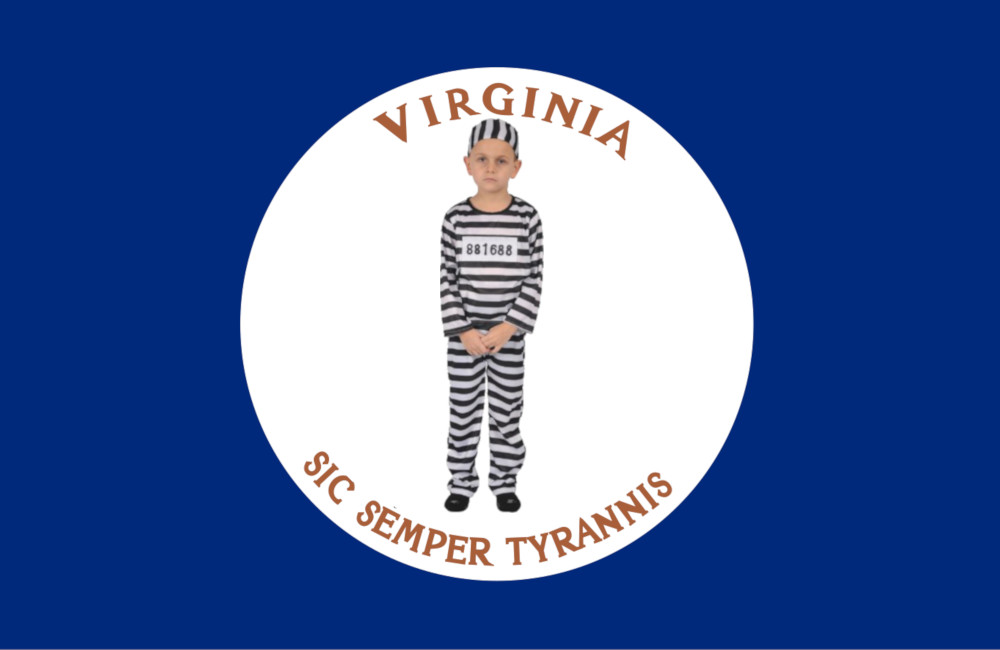 In Newport News and Norfolk, over-12s who trick-or-treat are "guilty of a Class 4 misdemeanor." Suffolk merely makes over-12 trick-or-treating "against the law." York County requires 10- and 11-year-olds to be accompanied by an adult.