Your Anus in Chocolate 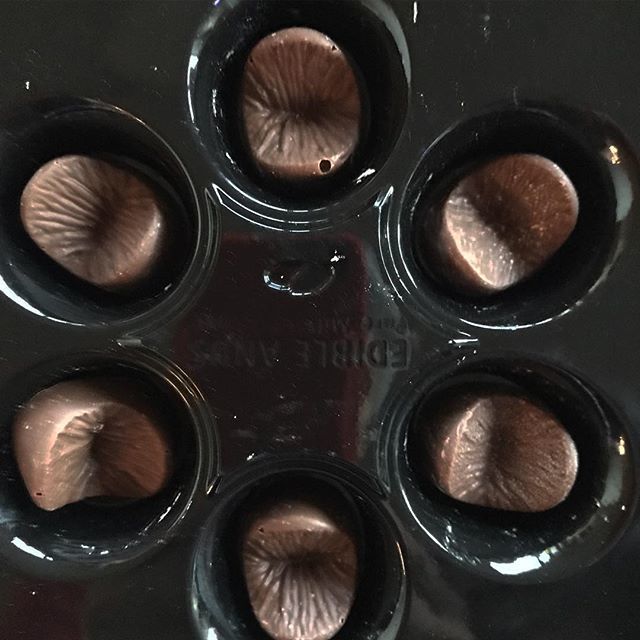 But (or butt) it's not a joke: a reproduction of your anus in chocolate would seem to be the thing you would send to your worst enemy, not a delight for your friends.

But Magnus Irvin and Michael Ritzema think otherwise. Their company Edible Anus involves taking a cast of your anus, then molding it in chocolate.

This is a person having their anus cast for a mold.

This is an anus in chocolate.

You can also have your anus cast in various non-edible forms, including brass (which rhymes with … ).

Is there really anything else to write about this other than producing a series of obvious vulgar remarks? No, so …

Or you can visit Edible Anus and eat someone else. Merry Christmas.