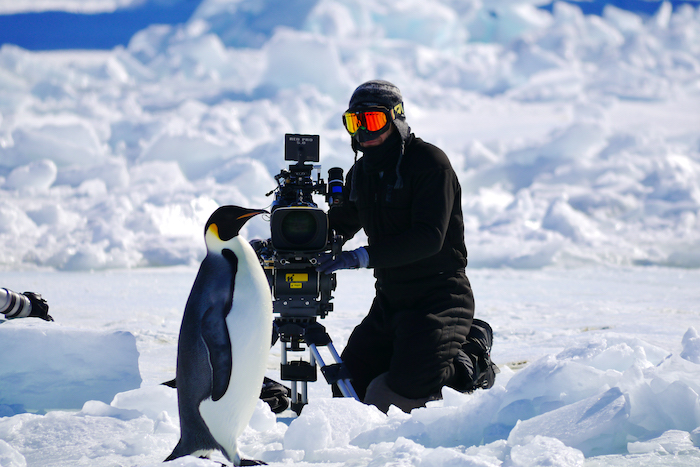 Jaguar hunting a crocodile on the river banks in the Pantanal, Brazil. (National Geographic/Adrian Seymour)

Mateo Willis, producer and director of the Mountains episode, sets Hostile Planet apart from other wildlife films, saying it is not “like a moving coffee table book which is nice and calm and you can put it away at the end and forget about and it’s not troubling. That is not a real representation of the world, particularly not today. Because our world is changing faster that it ever has before.” The plight of animals in increasingly volatile environments is visually and emotionally striking, especially given how timely and accurate the series is. The brutal, dramatic, and endless realities of the natural world are on full display in this show, and are sure to stir empathy and awareness in viewers. Looking back on how incredible each sequence of the show is, executive producer Tom Hugh Jones says, “Forget the celebrities, these are the real stars of the world.”

Red Sea, Egypt -  A predatory lionfish stalks the shallows as it waits for nightfall to hunt. (National Geographic/Corinne Chevallier)

A cool vest, an SLR and a kidnapped lion cub help identify this Barbie as Photojournalist Barbie. I have not seen Barbie in a long time, but I guess the pink convertible doesn’t scare off the wildlife. I have been told Boing Boing readers love Barbie… right Ryan? Nice to see she reads. Barbie Photojournalist […]

Life on Mars has always been a standard science fiction topic, but Season 2 of National Geographic’s “Mars” shows how real and attainable that focus has become. The first season of the docudrama series aired in 2016 and was notable for its blending of fiction and science-based documentary, a format the show has maintained and […]