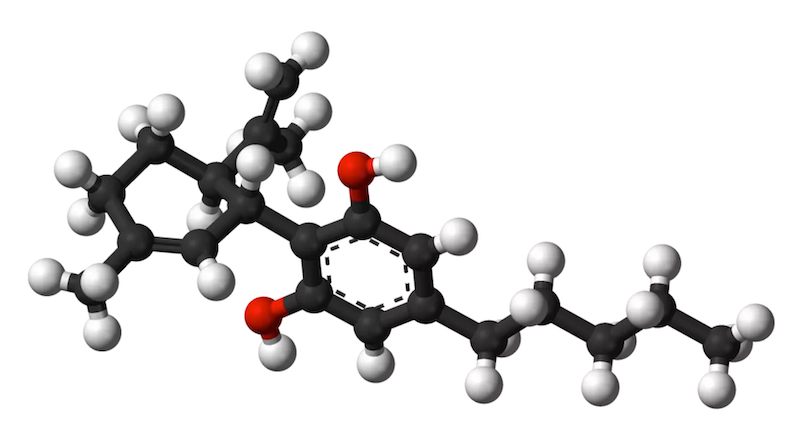 Cannabidiol (CBD), a cannabis component that doesn't get you high but seems to have countless other benefits, has now been shown to reduce heroin cravings and the anxiety that's triggered when jonesing for the opioid. Researchers at the Addiction Institute at the Icahn School of Medicine at Mount Sinai ran a randomized, controlled, double-blind study with several dozen addicts who have been abstaining from use. From their scientific paper in the American Journal of Psychiatry:

Acute CBD administration, in contrast to placebo, significantly reduced both craving and anxiety induced by the presentation of salient drug cues compared with neutral cues. CBD also showed significant protracted effects on these measures 7 days after the final short-term (3-day) CBD exposure. In addition, CBD reduced the drug cue–induced physiological measures of heart rate and salivary cortisol levels. There were no significant effects on cognition, and there were no serious adverse effects.

And from Scientific American:

The anxiety reduction isn’t specific to opioid-related cues and could generalize to other situations, says neuroscientist Yasmin Hurd, first author on the study and director of the Addiction Institute at the Icahn School of Medicine at Mount Sinai. “It’s just that this particular anxiety leads someone to take a drug that can cause them death, and anything we can do to decrease that means increasing the precious chance of preventing relapse and saving their lives.”

addiction / dark side of the spoon / drugs / heroin / opioids