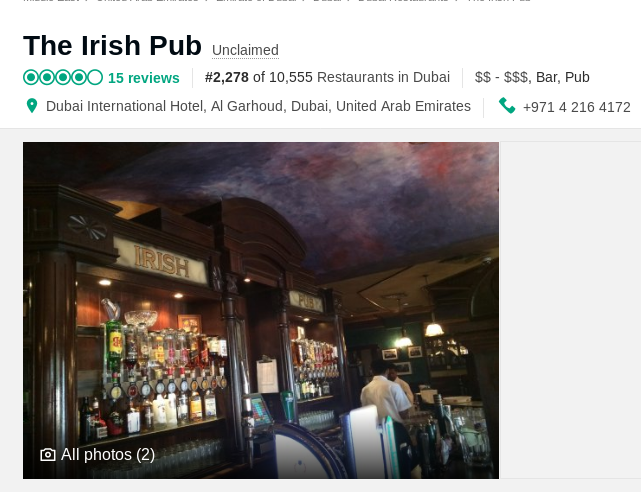 If racist Gemma O'Doherty (banned from Youtube for hate speech) thinks that the Halal grocer in her Irish town is cause for alarm, how does she suppose people in every city and town in every country in the world feel about their Irish pubs?

O'Doherty is a garbage person who thinks the Christchurch attack was a false-flag. It's delightful to watch Twitter school her on the creeping celtification of the entire rest of the world.

There's literally been an Irish pub in every single country I've ever been to https://t.co/VhwRB0CBWJ