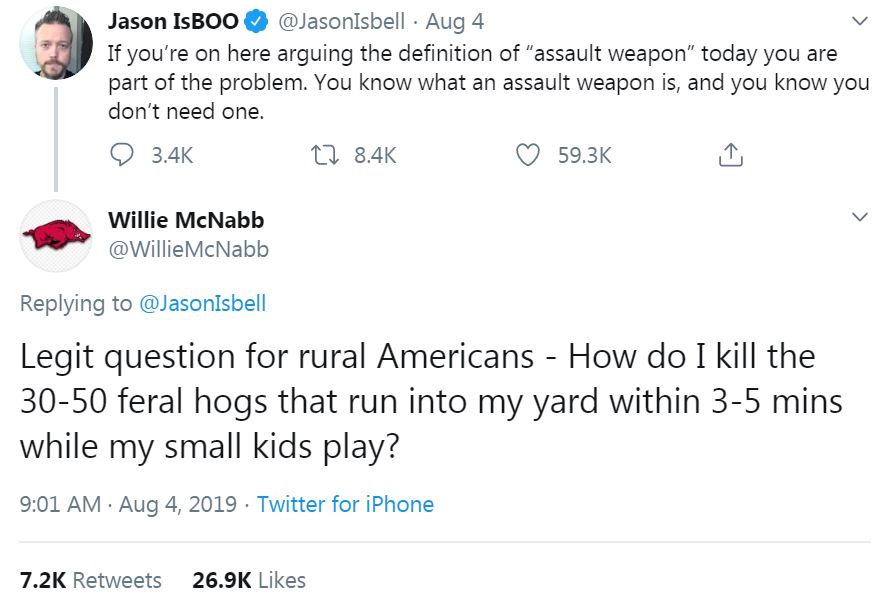 If the Webbys have any legitimacy, than a content of the year award should go to Willie McNabb for his famous tweet.  It generated endless brilliant mockery online.  But Reply All interviewed Willie and learned two things: (1) he's a terrific sport; and (2) he had a point.

The first part of episode #149 features an interview with Willie, in which he acknowledges how goofily he phrased his tweet and thus invited mockery.  He then describes the genuinely frightening time feral hogs swarmed his children as they were playing outside.  The second part of the episode explores the widespread and seemingly hopeless nature of the feral hog problem.

You can listen here.