Trump's Instructions for Your Survival of the Coronavirus 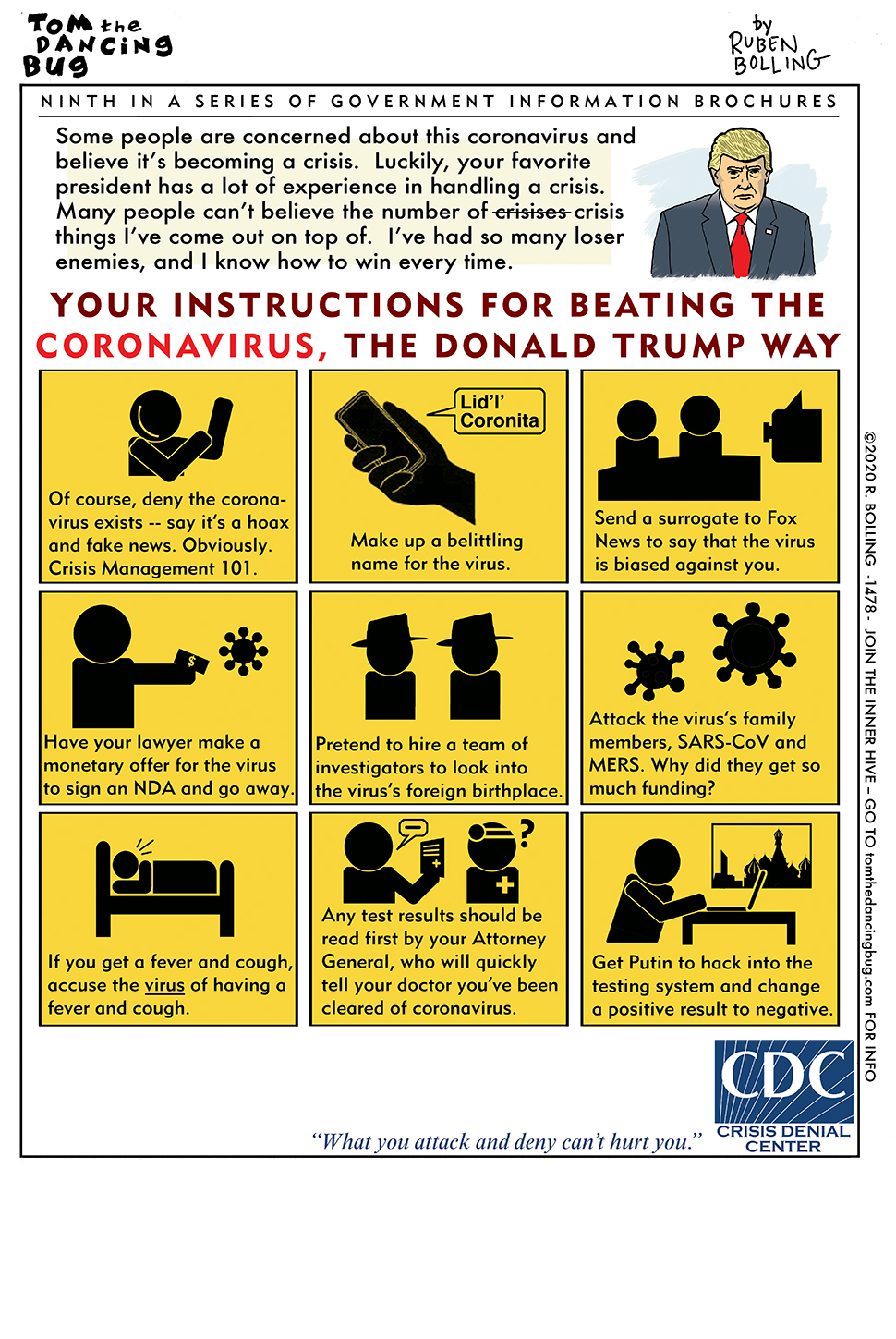 Tom the Dancing Bug, IN WHICH Donald J. Trump gives you instructions for how you can beat the coronavirus, the Trump way.

"God bless Tom the Dancing Bug! Funny, succinct, and highly original, Ruben Bolling is able to make sense from the chaos and tragedy of America's political nightmares and make you laugh while doing it. An increasingly rare and more difficult feat these extra bleak days. This is worth your time and money. Do it!"
-David Cross