Fantasy worlds that break history's back 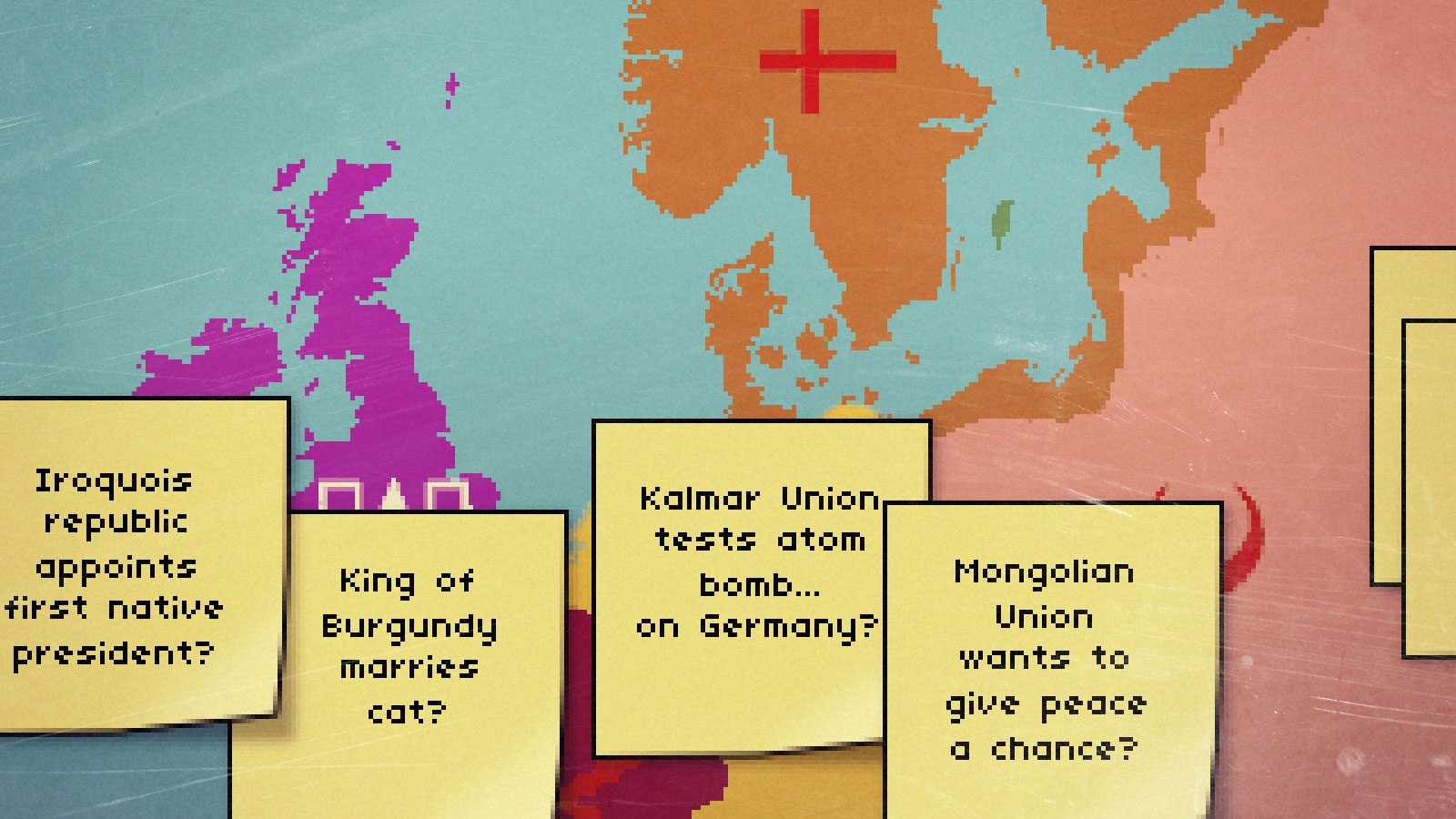 Fantasy worlds that break history's back

Anything can happen in the world of pretend. Microscope is a pen-and-paper game of "fractal history" that forces us to reexamine the rules of the real

If you’ve ever wondered why the future looks the same in so very many sci-fi games, books, and comics, you would be well served by considering their histories.

We can often blame poor character design or latent prejudice for the suffocating tropes that bedevil so much fictional media. But what role does worldbuilding play? After all, the society characters inhabit shapes and defines them, as does the history of the world you’ve drawn for them.

But too often, fantasy worlds are created like Ikea furniture, popping up whole with minimal assembly from big pre-existing parts that creak and come apart after heavy use. That’s why so many many fictional worlds seem to produce carbon copies of real world Western gender hierarchies, even if it becomes painfully dissonant with other details of the setting.

For example, the Star Wars wiki says Knights of the Old Republic’s Admiral Dodonna is one of the few women serving at such a high rank in the Republic Navy. But while women rarely making top brass is indeed a feature of our real world, Star Wars is set a long time ago in a galaxy far far away.

Why does a 20,000 year old hyperspace-capable society spanning literally thousands of alien civilizations seem to have gender issues that seem ripped from the last decade, without explanation?

Time and again, major details of settings are skyhooked in wholesale with no explanation or care. Leaving aside the politics of it all, it simply makes these settings (and the games they’re played in) less compelling, less memorable.

More attention to detail and more questioning assumptions would go a long way toward fixing this problem. In the meantime, wouldn’t it be nice if there were a fun, structured, collaborative way of questioning the conventions we bring with us to worldbuilding?

Salesmanship still counts for something, especially among independent booksellers. The affable chap at the Modern Myths Comic Books and Games booth at PAX East excitedly burst into an irresistible pitch as my hand glided over Microscope -- he told me it was a lightweight but tremendously rich game that saw players literally make history, conjuring the historical details of some setting from whole cloth.

What made it click for me, though, was when he told me that he used Microscope not as a self-contained game (as it was designed), but as a setting engine for his Dungeon World players. First they’d collaborate on the setting using the Microscope system, taking turns drilling down from broad historical epochs to individual illustrative moments, and then diving into a traditional campaign running off the Dungeon World system (a rules-light alternative to Dungeons & Dragons).

It was one of those happy moments when you witness someone breaking something in a way that creates something new. The beauty of pen-and-paper RPGs is that they lend themselves to the most intimate forms of modding, and what that bookseller did with his RPG group was no exception.

The three concentric circles that form Microscope’s logo are perhaps the simplest description of the game. You begin by bookending the history you wish to explore, defining the limits between, say, cavepeople and interstellar colonisation, or something more focused like the founding of a religion and its ultimate schism. Once set, players take turns being “lenses” who set the focus for a given round of play, say a specific era in that history or a specific point in time, person, or event. During this round, every other player takes turns adding something to the setting and its history. The main rule is that they cannot contradict anything already established.

Intriguingly, the game also forbids direct collusion between players at this stage. Robbins believes that any emerging consensus would tend towards the flatpack cliches I described earlier; I don’t think he’s wrong. Putting each player in the “hotseat,” as he calls it, to put forth an original historical concept injects real creative energy into the history being woven.

The game emphasizes the crisp spontaneity that emerges when time has no meaning for you. You can, at your leisure, wander through history filling in the blanks as you go. You can nuke a city and then travel back 5000 years to paint in all its little details for the rest of the evening, or travel forward in time to when the city is rebuilt. Only when the lens zooms in on a specific moment in time where character interaction is involved does everyone come together to roleplay a given scene. Here the microscope lens is at maximum magnification: You take a historical moment, say the assassination of an empress, and act it out in detail, explaining what happened and why.

The game forces you to answer that crucial question, why, again and again, and this is where it chisels away at tropes. When you ask why, say, a random sci-fi setting has a patriarchy ripped from the 50s, you’ll at the very least produce a much more interesting setting than the chrome plated clones that populate many a paperback bargain bin. This is what made Christine Love’s Analogue: A Hate Story so fascinating. It depicting a stultifyingly sexist world where every inch of text seemed to bathe in ichorous misogyny, but the whole point of the game was to figure out why the setting was like this. You were not merely asked to accept the sexism but instead expressed agency as a player through finding a way to explain it and expose the social relations that created it.

Microscope teaches you how to do this, in a beautifully low-cost and structured way. No one player has ownership of the setting, and the system effectively simulates the sometimes chaotic flow of real world history. In another way, it feels like the old BBC documentary Connections given ludic form. From the chaos of various players’ inputs on the history emerges a strange, almost celestial order.

“The past is never closed,” writes Robbins when he encourages players to hop around the burgeoning timelines they create. It’s a particularly enchanting way to look at Microscope. It demystifies the endlessly challenging sociological dimension of worldbuilding and makes it accessible to anyone. As interesting as it was to play around with by itself, I think the Modern Myths chap had the right idea; it’s the perfect setting-creator and a brilliant way to democratise setting creation in games that involve GMs. It is specifically designed to draw on the particularities of each player’s creativity, while also taking consent seriously.

At the very start of the game the players collaboratively develop a “palette,” a Yes/No list of things they definitely want to include or exclude from the setting entirely. Imagine if one put “bigotry” in the “No” column. What kind of history would result?

Now there’s a story waiting to be told.