A brief history of yarn in video games 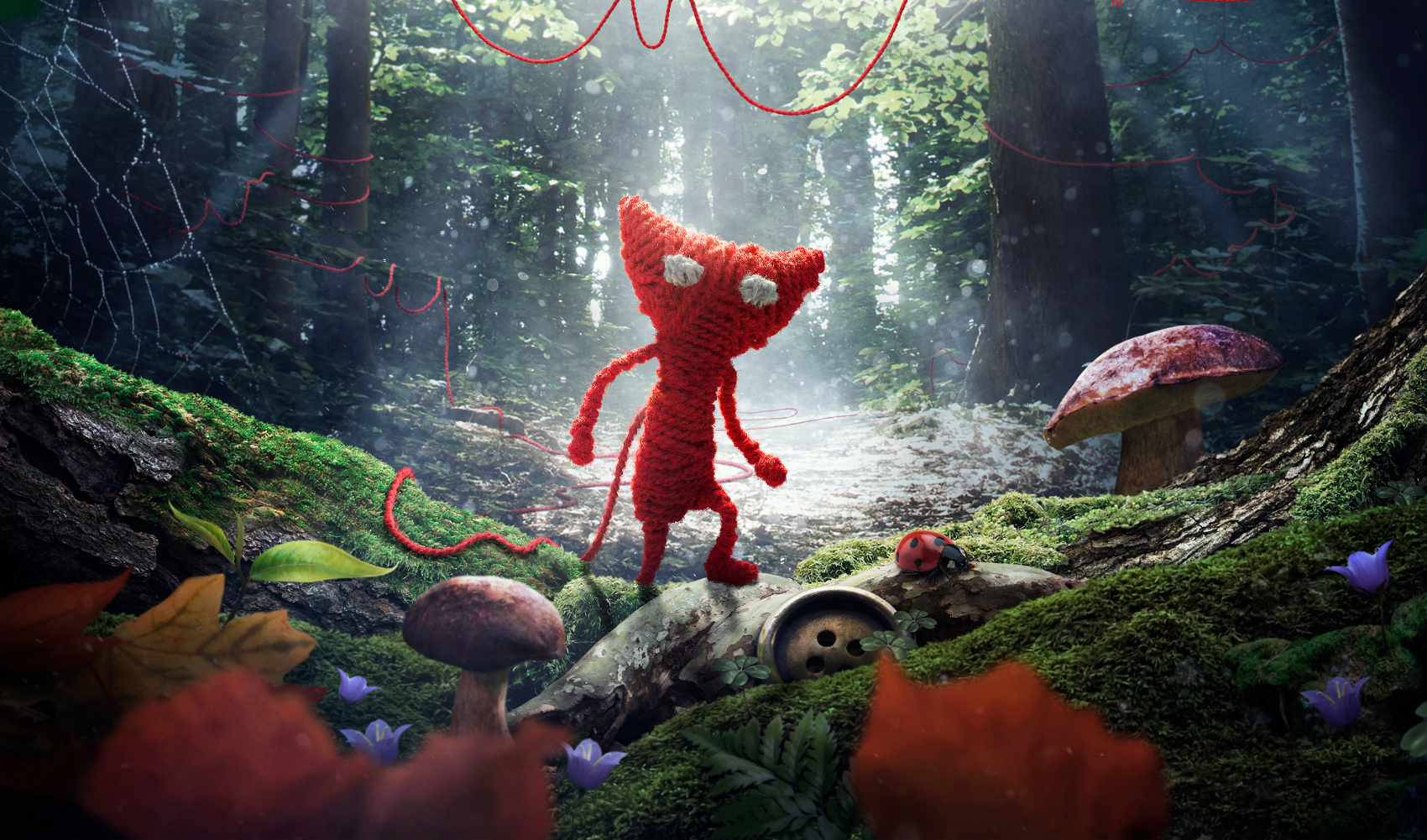 A brief history of yarn in video games

A charming game called Unravel stood out at E3 2015. But before that, there was the Nintendo Knitting Machine, and you've been missing out.

Legendary film critic Roger Ebert once wrote that he would rather take up knitting than review video games—as though the two were mutually exclusive. Lately, it seems like that couldn't be further from the truth.

At E3 this week, Electronic Arts unveiled a lovely game called Unravel, where you play as a tiny yarn character that slowly unravels as it moves through the level. Although that sounds a little like a metaphor for the slow but inexorable march that we are all taking towards death, in Unravel this thread is a versatile tool you can be use as a climbing rope, grappling hook, trampoline, fishing line, and whatever else the game can imagine. Enjoy the earnest trailer that produced many wistful sighs and misty eyes:

There have been more than a few yarn-based video games over the last several years, from the Little Big Planet series (which stars a knit doll called Sackboy) to the recent rash of Nintendo games like Kirby's Epic Yarn and the upcoming Yoshi's Wooly World. And while this uptick in might be partly attributable to the more recent popularity of amigurumi, yarn and knitting has made their way into video games since the very beginning. Let's take a look back.

This is surely one of the greatest gaming artifacts of the 1980s: a magazine advertisement for a device that would allow you to knit sweaters with your Nintendo Entertainment System. In it, Nintendo claims that video game knitting is "just one more example of the innovative thinking that keeps Nintendo on the cutting edge of video technology," noting that no other game systems—not one!—have knitting peripherals. This is indeed true. Ultimately, the Nintendo Knitting machine was so unique that it was never actually manufactured.

The Nintendo Knitting Machine should not be confused with I Am a Teacher: Super Mario Sweater, a game designed for a Japan-only '80s console called the Famicom Disk System. It allowed players to create pixel art patterns for sweaters, although you still had to knit them by hand.

Created by LucasFilm Games and Brian Moriarty back in 1990, Loom was one of the great works of the early adventure game era—and it revolved entirely around weaving. Rather than a text parser or a traditional inventory system, you solved puzzles by playing magical four-note tunes that weave "subtle patterns of influence into the very fabric of reality." There's a giant and all-powerful loom at the heart of it all, and at one point it tears apart the world and everyone turns into swans and flies into space. It's weird as hell, and I love it.

If you're under the age of 20 you may or may not remember Bubsy, but he was a relentlessly hip '90s bobcat with an attitude, and he fucking loved yarn. It was a pretty obvious ripoff of Sonic the Hedgehog, and while none of the Bubsy games make what I would call "sense," the first one is by far the weirdest. Titled Bubsy in Claws Encounters of the Furred Kind, its story revolved around aliens called "Woolies" invading Earth to steal all of our yarn. You spend the entire game killing aliens and taking their yarn. This is the game.

There are a lot of Harvest Moon titles, but in most of these farm simulation games, you eventually learn to spin wool into yarn balls. You can use these balls to make cloth, sell them or give them as gifts. It's honestly not that exciting [Ed's note: WTF LAURA YES IT IS], although it did once lead to this thread on a message board:

Imagine Guitar Hero, but without any music, and with knitting. This 2009 Canadian iPhone game was pretty terrible by all accounts, but the backstory behind it is so strange that it almost makes me want to play it. Somehow, it was part of a promotional campaign for milk that inexplicably culminated in a knitting rhythm game where you try to become a superhero:

The game is part of a promotional website called Reconfortant.com (‘comforting’), which opens with the shot of an older lady drinking milk while knitting. As the shot widens, you see a knitted cape on a dressmaking dummy. The woman pauses to try on the fingerless gloves she is knitting, and then strikes a superhero pose. The game continues the theme by challenging viewers to ‘knit’ – Guitar Hero-style – a mysterious object that reveals itself to be a purple superhero mask. The creative theme, said Duffar, is that while milk is comforting (like knitting) it also has the ability to power a secret superhero lifestyle.

Back in the days of the original Wii, artist Rachel Beth Egenhoefer and engineer Kyle E. Jennings created KNiiTTiiNG, an unofficial game that used the movements of the Wiimote and nunchuck to simulate—and learn—how to knit. Although it seems like a fun experiment, it's hard not to wonder: wouldn't it be easier to just learn how to knit?

In this Double Fine adventure game, you find yourself aboard the Bossa Nostra, a spaceship not only populated by sentient Yarn Pals, but guided by the Space Weaver, a robot that uses knitting patterns to navigate through space. At one point, you acquire a crochet hook and use it to hack the weave so that you end up at an incredibly dangerous place. This is so traumatizing for the Space Weaver that you break his mind.

I can just barely handle how adorable these yarn-themed Amiibo are; they come very close indeed to that threshold where something is so cute that your brain freaks out and makes you want to bite it. The figurines tie in with the upcoming Yoshi's Wooly World, in which the company that almost gave the world a knitting peripheral finally takes the Mario franchise full amigurumi. It seems like yet another charming, utterly inoffensive game from Nintendo, which means of course that somewhere someone is yelling about it on a message board for hundreds of posts.

Although knitting is often treated as the exclusive province of girls and grannies, it's a hands-on hobby that requires patience, the ability to understand patterns, and a willingness to engage in highly repetitive tasks—skills that should be intimately familiar to most gamers. If you'd like to learn how to knit there are plenty of tutorials on the web, as well as blogs that sit squarely at the intersection of yarn and games.