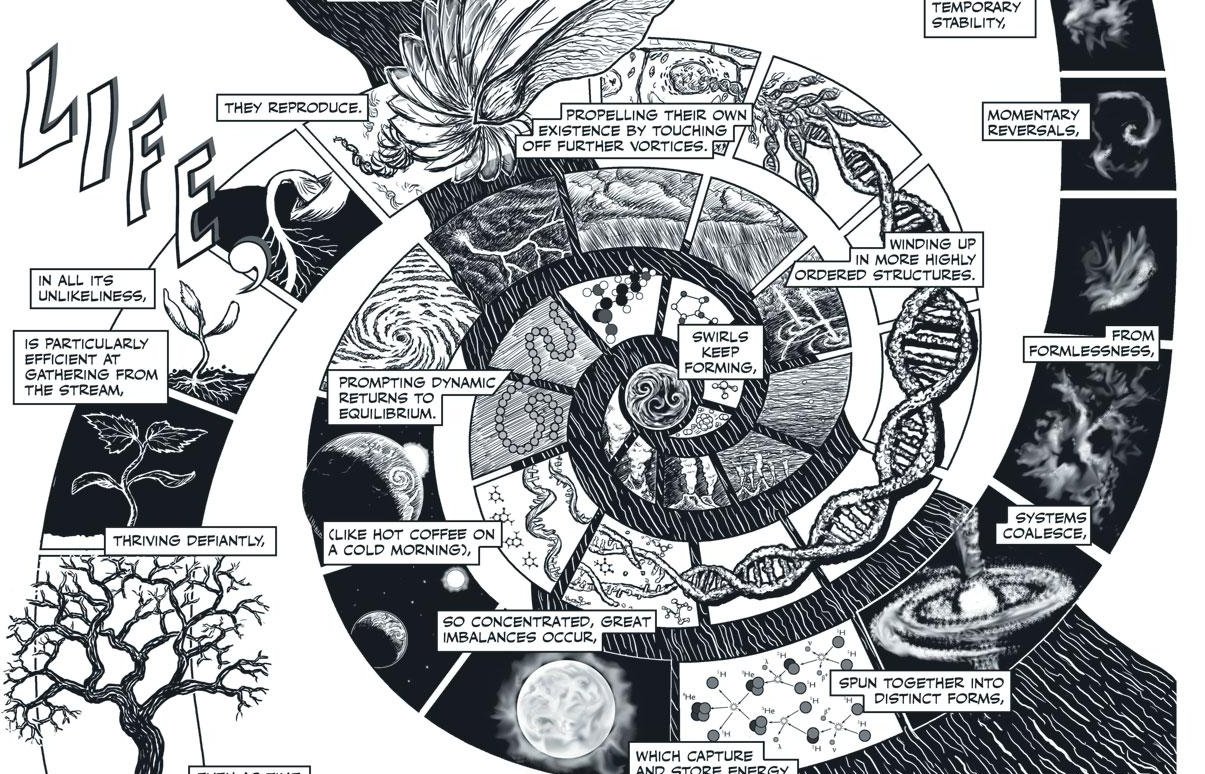 Nick Sousanis became a Boing Boing favorite for his 2015 doctoral dissertation in graphic novel form, and since attaining his PhD, he's become a postdoctoral fellow in Comics Studies at the University of Calgary.

The Boston Globe has just run one of Sousanis's nonfiction pieces, a beautiful single-page sequential-art piece that explains entropy with real lucidity and nuance.