JavaScript for Kids: A Playful Introduction to Programming 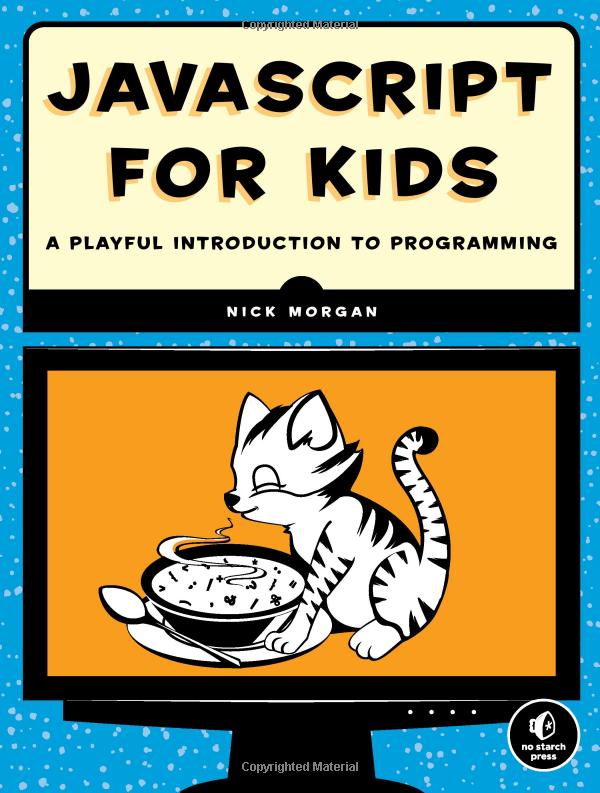 JavaScript for Kids is for kids, but also for adults who don't know anything about coding and want to learn. The author, Nick Morgan, is a front-end programmer at Twitter, and he does a great job of clearly presenting programming concepts like data types, control structures, functions strings, arrays, loops. Nothing is dumbed down. You'll also learn jQuery to make interactive web pages, and Canvas to create graphics. Along the way you'll write several computer games.