Learn coding with Minecraft? It's not just for kids 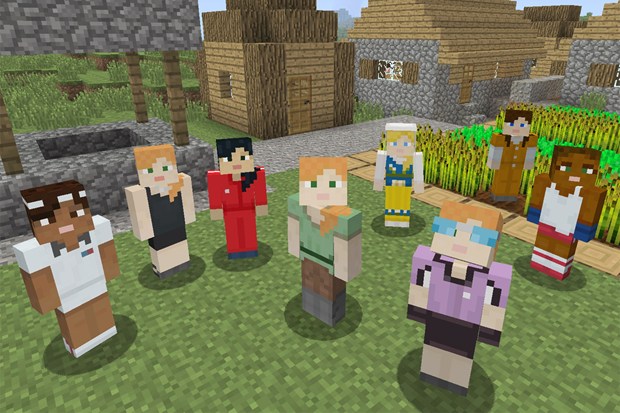 The developers of Minecraft have created a new tool designed to teach coding to kids—but it has a lot to offer grown-up newbies, too.

By now you've heard the entire world would be saved if only everyone learned to code. Now, a tutorial made by Minecraft developer Mojang and its new parent Microsoft is here to teach coding fundamentals to children—or newbies of any age, really.

At Motherboard, Rachel Pick describes how it all works, and said she was surprised at how much she learned, even though as a 27 year-old woman she hadn't expected to be in the tutorial's presumed audience:

The tutorial, which is already up and running, is broken down into 14 increasingly complicated "puzzles." You drag and drop blocks representing commands into your workspace, and press "Run" to see your Minecraft character navigate its world—chopping down trees and shearing sheep. After you complete a puzzle, you can view the code you wrote by seeing the blocks translated into Javascript.

Things that seem arcane become more accessible when translated through familiar visual concepts, and it's awesome that Rachel's experience emblematized that. As she reports, the tool was developed as part of the annual "Hour of Code", an imminent campaign to attract young people to coding and programming careers in the hopes of diversifying the space.