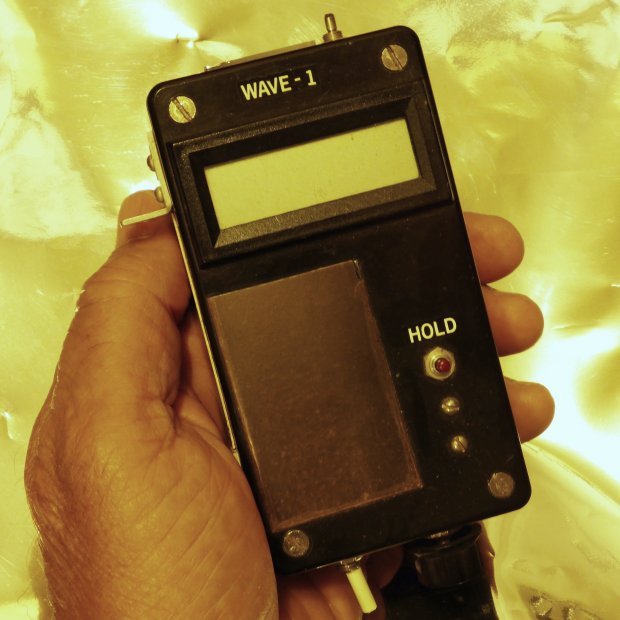 Forrest Mims is the author of the famous book, Getting Started in Electronics, published by RadioShack for many years. I bought the book in the 1980s, and had a blast making the projects in it. When I was editor-in-chief of MAKE, I asked Forrest to write a column for the magazine, called The Backyard Scientist. Forrest is interested in atmospheric measurement, and in his column he explained how to make different kinds of measurement devices. I met Forrest for the first time last year at Moogfest, where he was treated like a celebrity for being the creator of electronic sound makers, such as the one that has been called the Atari Punk Console. Forrest, now in his 70s, was surprised by the attention he received there. He came across as a very polite and humble man.

It made me sad to read his story today in MAKE about the time an airline captain attacked him because he wanted to take some harmless measurements. The story has a happy ending, at least.

While checking in for a flight at Chicago’s O’Hare Airport several years before 9/11, I made the mistake of telling an American Airlines check-in agent that I was planning to measure the water vapor outside the aircraft with a homemade near-infrared hygrometer. This alarmed the agent, who quickly called her supervisor. After the supervisor grilled me, she called her supervisor, who told me that the captain would have to approve my presence on his aircraft. She then said, “Follow me,” and escorted me through the checkpoint without even inspecting my carry-on bag.

When we reached the end of a very busy corridor, the security boss firmly ordered, “Wait here while I find the captain.” The flight was already boarding, so after waiting a few minutes I took one step forward. Suddenly someone from behind threw an arm around my neck, placed me in a choke hold, dragged me toward a wall and shouted “You’re going to do what on MY AIRPLANE!?”

It’s difficult to speak while being choked, but I managed to gurgle: “If—you—let—go—of—my—neck—I’ll—tell—you.” The assailant slowly released me, and I turned around and saw a frowning man with his hands on his hips. He was shorter than me, built like a football player, and wearing the uniform of an American Airlines captain.

“I’m going to measure the water vapor outside the airplane,” I said. The captain cocked his head slightly and sounded genuinely curious when he asked, “How are you going to do that?”

I opened my carry-on bag just enough to retrieve the water vapor instrument. I didn’t open it all the way so he and the surrounding crowd couldn’t see all the other instruments packed inside.

This fascinated the captain, whose scowl had evolved into a big smile. He said, “Wait here; I want my co-pilot to see this.” When the co-pilot arrived, the captain enthusiastically repeated my description of the instrument. He then asked, “How can we help you during the flight?”