_applyChinaLocationShift: In China, national security means that all the maps are wrong 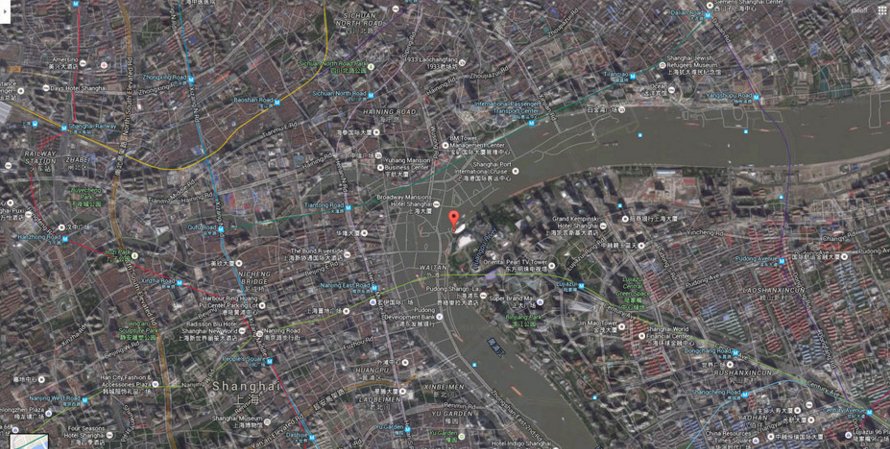 Chinese law makes independent mapmaking a crime (you may not document "the shapes, sizes, space positions, attributes, etc. of man-made surface installations") and requires tech companies to randomly vary the locations of all landmarks by 100-500m.

Google's algorithm for this is called "_applyChinaLocationShift" (though internally they call it "eviltransform"). Your geo-tagged smartphone pictures taking in China will be tagged with randomly varied location data. It makes for travel difficulties -- you and your friend might be separated by a few meters, but your phones will report that you're half a kilometer apart, and one of you is standing in the middle of a river -- which may also have a road running through it.

More interesting is when and how the eviltransform is applied. China contests a lot of territory -- from Taiwan to many islands in the South China Sea -- and whether and when devices decide they're in China is of huge geopolitical moment.

These sorts of examples might sound like inconsequential travelers’ trivia, but for China, at least, cartographers are seen as a security threat: China’s Ministry of Land and Resources recently warned that “the number of foreigners conducting surveys in China is on the rise,” and, indeed, the government is increasingly cracking down on those who flout the mapping laws. Three British geology students discovered this the hard way while “collecting data” on a 2009 field trip through the desert state of Xinjiang, a politically sensitive area in northwest China. The students’ data sets were considered “illegal map-making activities,” and they were fined nearly $3,000.

What remains so oddly compelling here is the uncanny gulf between the world and its representations. In a well-known literary parable called “On Exactitude in Science," from Collected Fictions, Argentine fabulist Jorge Luis Borges describes a kingdom whose cartographic ambitions ultimately get the best of it. The imperial mapmakers, Borges writes, devised “a Map of the Empire whose size was that of the Empire, and which coincided point for point with it.” This 1:1 map, however, while no doubt artistically and conceptually wondrous, was seen as utterly useless by future generations. Rather than enlighten or educate, this sprawling and inescapable super-map merely smothered the very territory whose connections it sought to clarify.