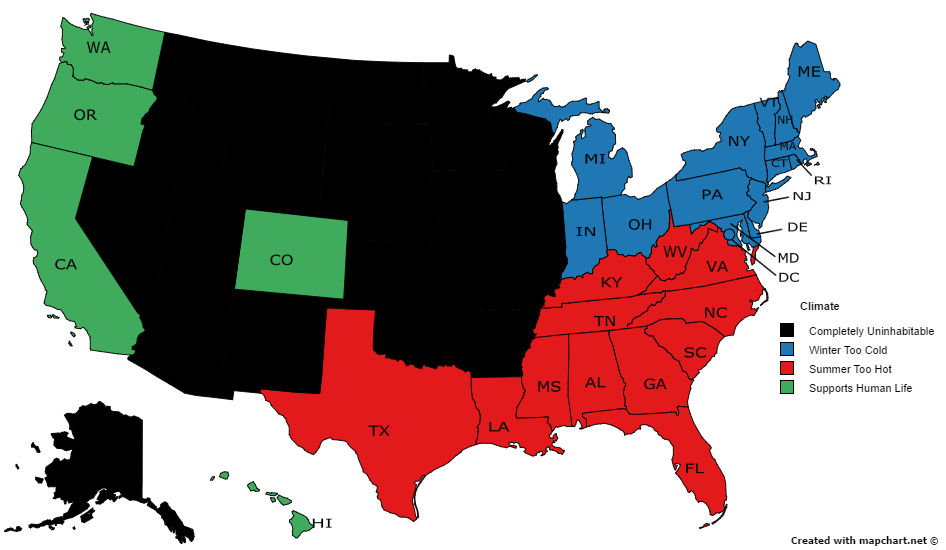 Mapchart makes it possible to create maps of the world, of Europe, of the Americas and elsewhere with custom colors, captions and descriptions. For example, here is a map of America that I have made.