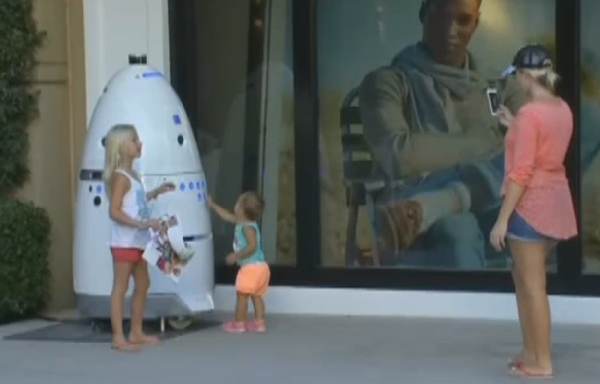 A 5-foot-tall, 300 pound security robot at a Palo Alto, CA shopping mall ran over a 16-month child last Thursday, hitting the toddler in the head.

"The robot hit my son's head and he fell down facing down on the floor, and the robot did not stop. And it just kept on moving forward," said Tiffany Teng.

Harwin's parents say the robot ran over his right foot, causing it to swell, but luckily caused no broken bones. Harwin also got a scrape on his leg from the incident.