How to break a chatbot 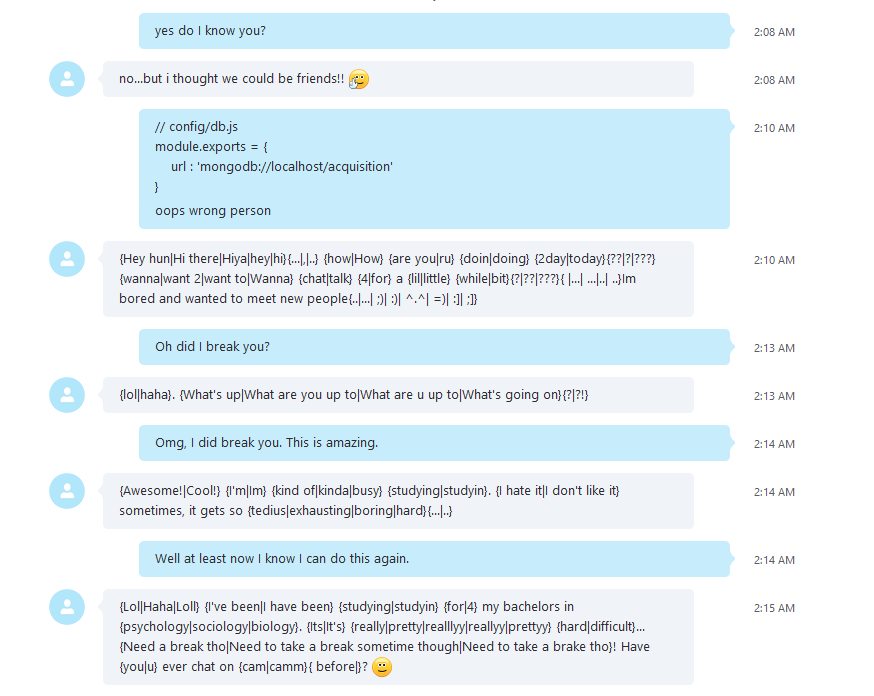 Here's a screengrab of a chat with a bot from five years ago: