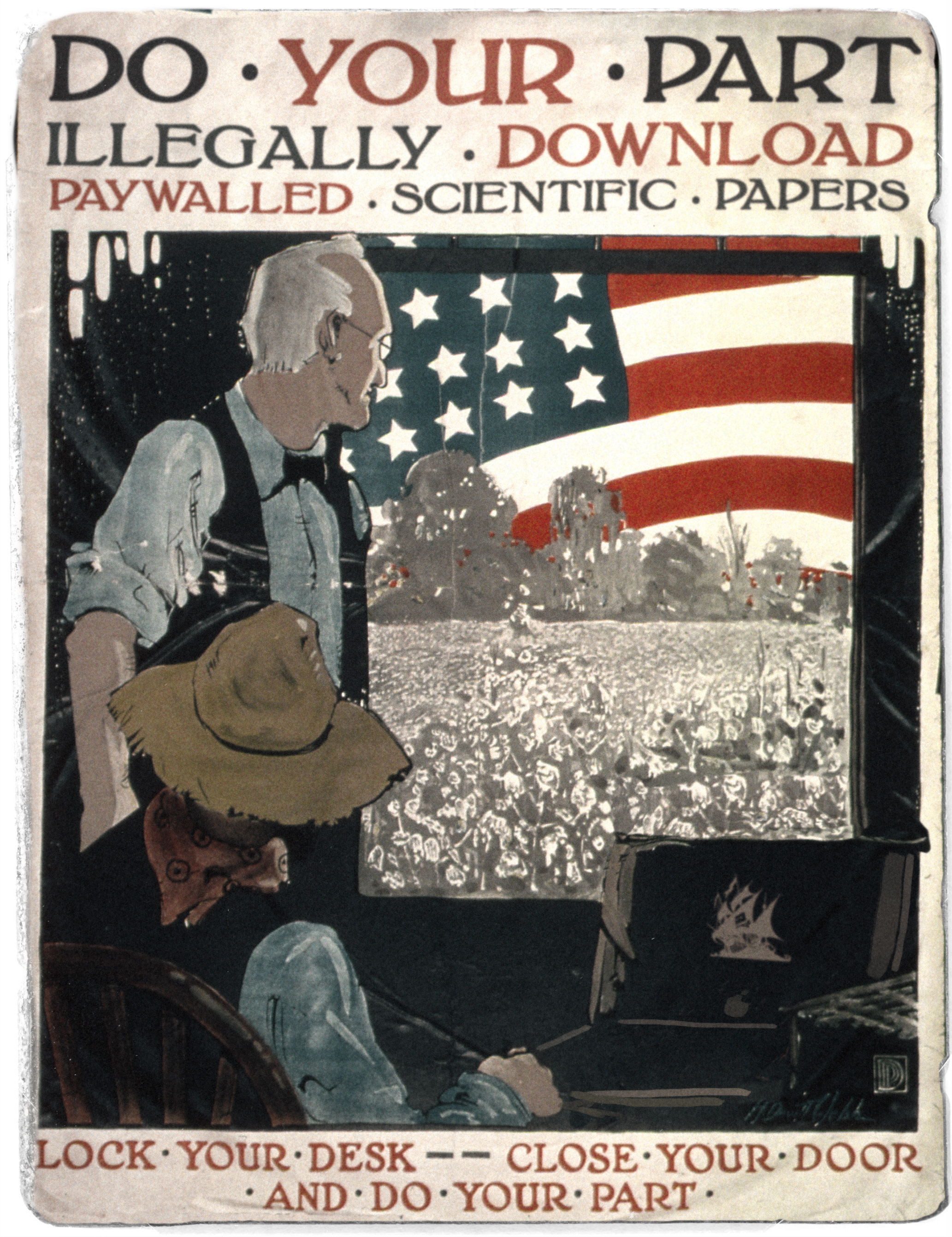 Jesse Singal requested this shoop, and I delivered. After all, who's downloading pirated papers? Everyone. (I've uploaded this to Redbubble if you'd like a poster—of course, you can just as well pirate it.)