Super cool skull sculpture uses magnets, how do they work? 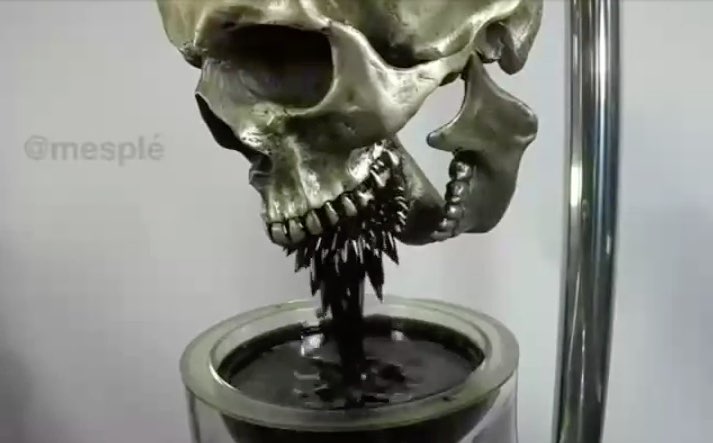 Ferrofluid is so awesome.