What Am I Doing Here? Existential absurdist cartoons from the 1940s 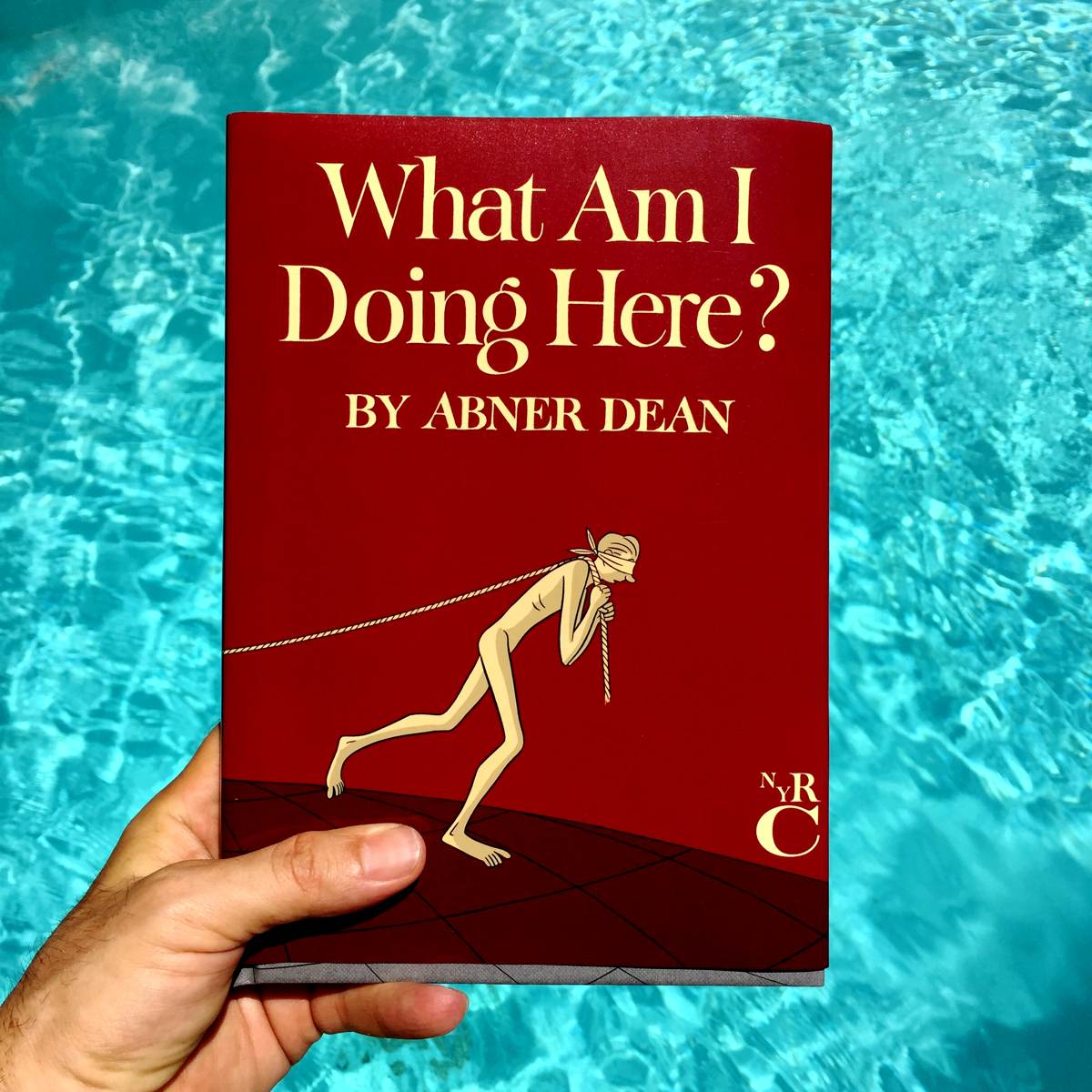 What Am I Doing Here?

In the 1930s and 1940s, Abner Dean was a highly sought-after illustrator who drew covers, cartoons, and illustrations for The New Yorker, Esquire, Time, Life, and Newsweek, as well as advertising illustrations for insurance companies and product manufacturers. In 1945, Dean quit his day job and drew the first of seven books that have been described as “existential gag cartoons.”

What Am I Doing Here? is Dean’s second book, and is generally regarded as his best work. It was originally published in 1947. This facsimile edition just came out today and contains about 100 single panel drawings, rendered in India ink and graytone washes (in the classic New Yorker style of gag cartoons).

Dean’s drawings look like cartoons but they aren’t very funny, at least not in the traditional sense. They’re absurdist and disquieting. Everyone is naked and the action takes place either in decrepit urban settings, living rooms filled with grinning desperate characters, or barren surrealistic wastelands. Each drawing features the same hapless character, a lonely youngish man who questions his role in the human race, represented by a crowd that changes its form and behavior from page to page. The people are sometimes club-swinging brutes, other times they are blinkered sleepwalkers, insincere mask-wearers, bloodthirsty mobs, hysterical celebrators, suicidal lemmings, or guru-seeking fools. They often look more like animals than people. The protagonist is at times foolhardy, delusional, disappointed, fearful, proud, insecure, ruthless, or bewildered.

In the introduction, Clifton Fadiman (chief editor of Simon & Schuster in the 1920s and 1930s, and editor of The New Yorker's book review section for ten years after that) wrote:>

It is pointless to try to "explain" Abner Dean. His pictures are trick mirrors in which we catch sight of those absurd fragments of ourselves that we never see in the smooth glass of habit. Formulae for the art of Abner Dean are irrelevant. What is important is the fact that it jolts you into sudden awareness of your own pathos, your own plight, your own unending and gigantic laughableness.