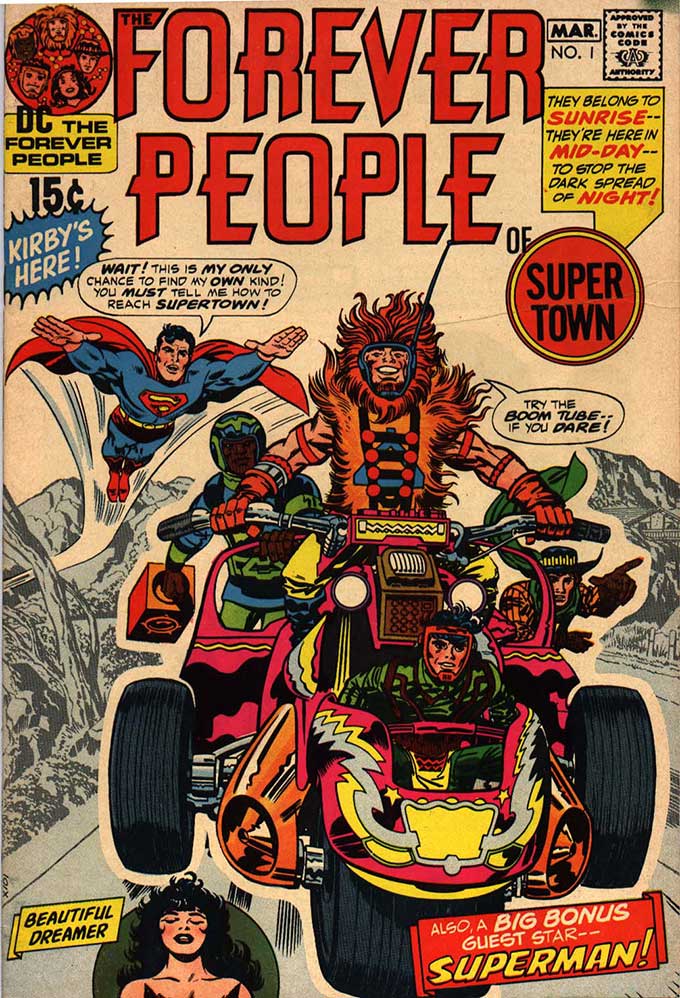 I recently re-stumbled across John Hodgman's fantastic review of Jack Kirby’s Fourth World Omnibus from 2008, which appeared in the New York Times.

Kirby was known as the "King" of comics. He co-created Captain America in the 1940s, and went on to create or co-create the Fantastic Four, the Hulk, Iron Man, the original X-Men, Doctor Doom, Magneto, and Black Panther among others. Kirby and Stan Lee acrimoniously split up in 1970. Kirby went to Marvel's rival publisher, DC where he created another pantheon of less-well-known, but wonderfully odd characters.

Some of Kirby’s concepts were beguiling. Mister Miracle, a warrior of Apokolips who flees to Earth to become a “super escape artist,” keeps a “Mother Box” up his sleeve — a small, living computer that can enable its user to do almost anything, so long as it is sufficiently loved. In Kirby’s world, all machines are totems: weapons and strange vehicles fuse technology and magic, and the Mother Box in particular uncannily anticipates the gadget fetishism that infects our lives today. (The Bluetooth headset may as well be a Kirby creation.)

But sometimes, his inventions were merely bizarre, driven by some opaque, unknown part of his brain. At one point, one of the Forever People, Kirby’s band of dimension-hopping flower children, gives a small boy named Donnie one of his “cosmic cartridges” — a device at once resembling a bullet and a large, mysterious pill.

“I — it feels warm — like it was alive!” Donnie says as his features blur into the cosmos. “I — I’m everywhere at once — I — I see — everything — and everything moves — and makes a kind of beautiful noise!”

It’s hard to know what a teenager would make of this. But Kirby was writing just as much for himself. He was 53 when he undertook the Fourth World, and a veteran of World War II. But as Evanier points out, and as is evident throughout this book, Kirby was deeply inspired by the young generation that was renouncing war around him. His understanding of the youth movement was perhaps idiosyncratic (in Kirby’s world, the “Hairies” built their perfect society in a giant missile carrier they called “The Mountain of Judgment”). But they too were forging a new world; and the pleasure he clearly took in their efforts seems to have balanced the bouts of Orion-like rage. In one moment, Highfather of New Genesis turns to one of the young boys in his care. “Esak,” he asks, “what is it that makes the very young — so very wise?”

This is probably the only passage in the English language containing the words “tee hee” that has actually moved me.