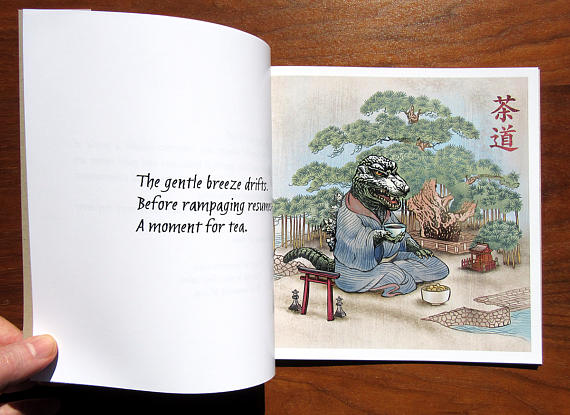 Chet Phillips's Monster Zen is a book of 16 beautiful, "Japanese-styled" drawings of monsters, accompanied by haikus by the artist -- you can get the book for $24 or get individual prints.