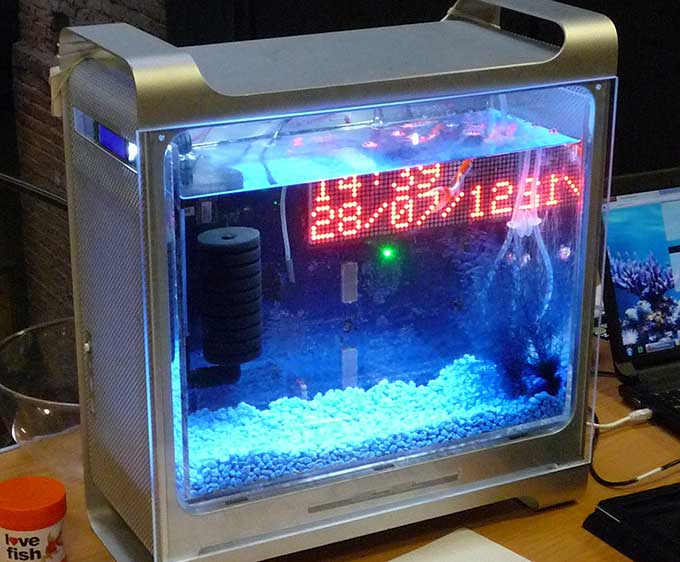 An unnamed North American casino was hacked through an on-site fish tank connected to the Internet, reports CNN.

"Someone used the fish tank to get into the network, and once they were in the fish tank, they scanned and found other vulnerabilities and moved laterally to other places in the network," Justin Feir, director for cyber intelligence and analysis at Darktrace, told CNN Tech.

Image: example of a smart fish tank (not the kind the casino had) by Duncan Hull.