The Coffer Illusion – how many circles do you see? 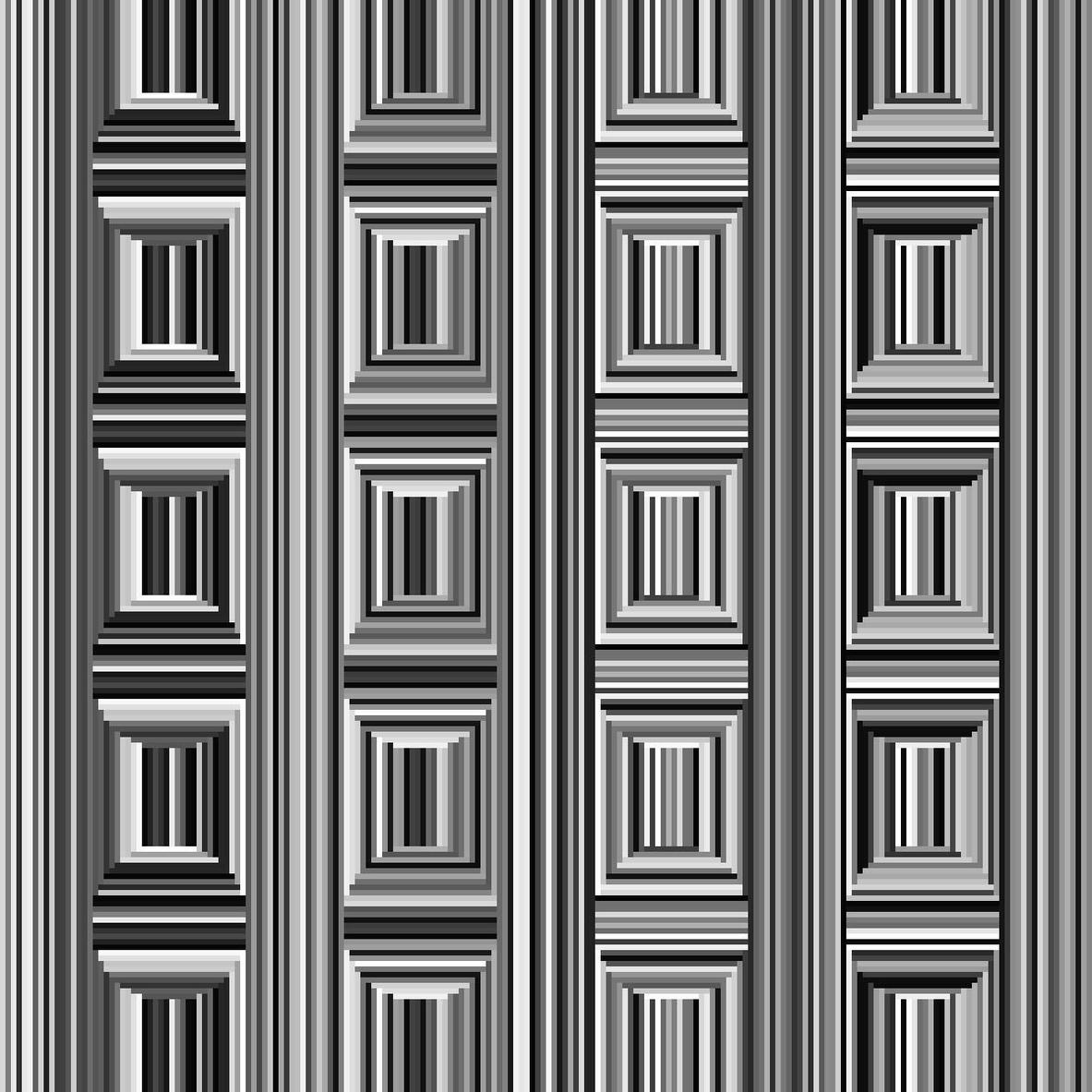 Relatively interesting has three good optical illusions in this post. My favorite is the Coffer Illusion, which was a Top 10 finalist in the 2006 Best Illusion of the Year Contest, but is new to me. Do to see all 16 circles? For me, it took a while.

ついに立体的に動いて見える錯視が完成しました。キューブが回転して見えますね？止まっています pic.twitter.com/nyyWdr5O1E — じゃがりきん (@jagarikin) February 14, 2020 On Twitter, @jagarikin posted this fantastic example of the "reverse phi illusion." Press play above. The boxes aren't actually rotating. I promise. From SoraNews24: In very simplified terms, when our eyes see sudden transitions from either light to dark or dark to light, our brains perceive it […]

"Twisting reality, one video at a time," VFX artist Kevin Lustgarten regularly churns out amazing optical illusions like this one for our visual pleasure.