Interview with Adam Rubin, director of puzzles and games for The Art of Play 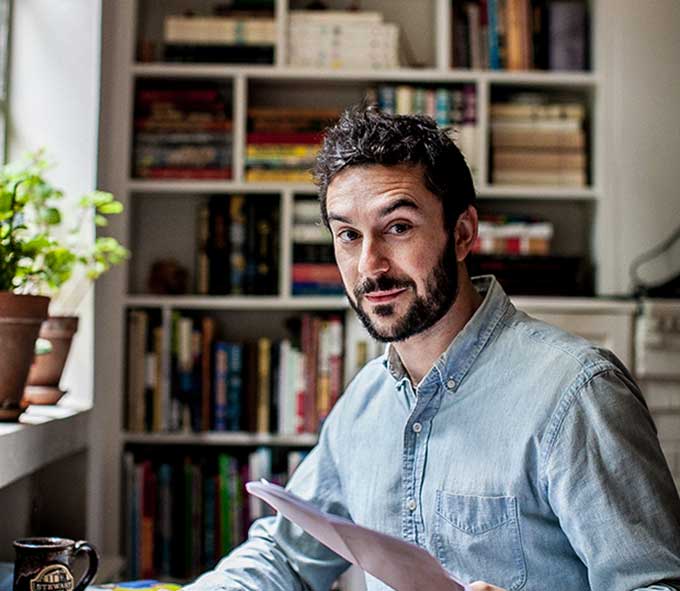 Our guest on the Cool Tools Show podcast this week is Adam Rubin. Adam is the New York Times best-selling author of Dragons Love Tacos, Robo-Sauce, and half a dozen other critically-acclaimed picture books. He is also a world-renowned inventor of illusions and was recently named Director of Puzzles and Games for ArtofPlay.com.

Frixion Erasable Blue Gel Ink Pen ($13, 3 Pack)
"So, this pen is not actually marketed as a disappearing ink pen. It’s marketed as a Frixion Pen, and its intention is to be an erasable pen — it’s a normal-looking pen and on the back of the pen is this sort of rubber or plastic nib. And if you write with the pen and you rub the nib over the ink, the ink goes away. But, the true nature of the pen is that it's heat activated. So, if you heat up the ink, it disappears. That could be with the nib that's on the back of the pen or that could be with the flame from a lighter or that could be in a microwave. So, basically, what you have, is you have a pen that writes with ink that you can make disappear with fire. And that is a pretty cool tool to me. … One of the cool things about it is that you can use it sort of as a fun science thing to do with kids because, you don’t necessarily need to use fire. If you draw on paper and you put it in the microwave for about 15 seconds, you can watch the ink visibly disappear with nothing touching it, which, is a really fun experiment with kids.”

Ultra-Sil Day Pack ($33)
"The Super Scrunch Backpack … It’s a rip-stop backpack. It's like 20 liters and it stuffs down into a pouch that's smaller than your fist. It's super strong. It's super reliable. And I keep one in all of my bags. My backpack, my carry-on, my duffle. I always have an extra backpack that takes up less room than a pair of socks. … So, when you’re on the road, you want to put some laundry in there or you want to put extra souvenirs or you just want something for hiking to stick into your larger backpack, it’s a totally awesome product.”

Why Knot? ($11)
“[Why Knot?] is an illustrated guide to knot tying that was written by Philippe Petit, he is the famous subject of the documentary, Man on Wire. Where, he, tight-rope walked between the Twin Towers before they were finished being built. … An amazing guy. Like a total Polymath. He illustrated and wrote this book himself, which is pretty amazing because he is definitely a guy who is very dependent on knots. So, he's super passionate about the history, and he's really good at explaining the different kinds of knots you might need to use for sailing or for camping or hiking. And he’s even got some magic trick-type of knots in there and there’s some really cool decorative knots as well. … I learned how to tie a monkey knot, or a monkey’s fist from the book.”

Black Ergonomic Stool with Foot Ring ($51)
“I was in the advertising industry for 10 years, and I quit my day job almost two years ago now to write full-time and work from home at design and I was worried that I would just spend the whole day sitting in a chair and just kind of slouched over. So, I was looking for something to help me overcome that problem and I found this stool. It’s an adjustable height, rotating, rolling, desk stool and it is so perfect for me. …I like it because it gives me a couple of options, like I can sit my feet flat on the floor and get that upright posture for a while and then sort of switch to more of a perched position like a little bit more on the edge of the stool with my heels up on the base ring.”