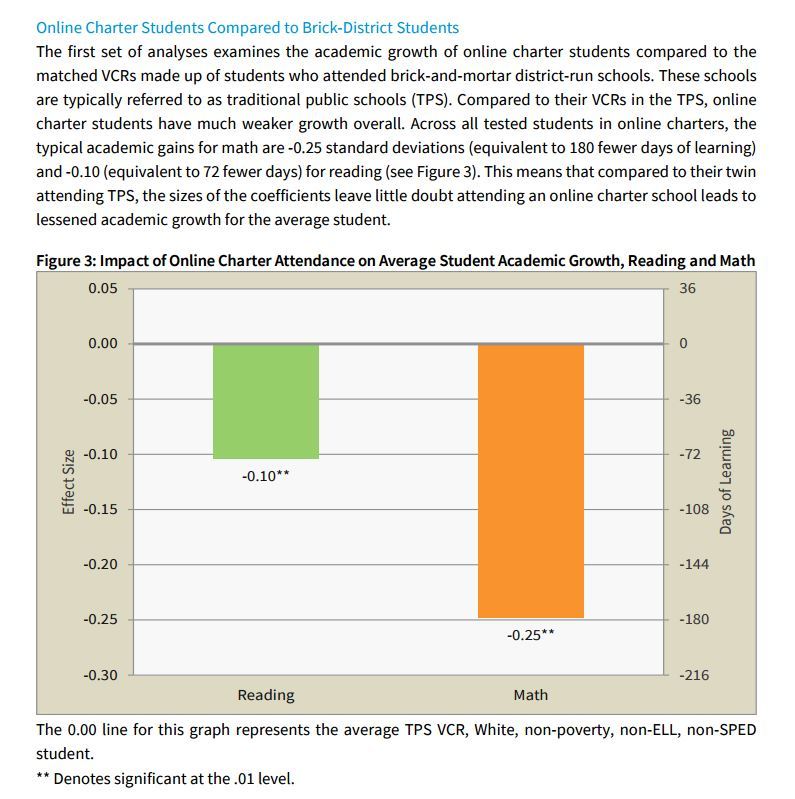 Simply put: online charters are a catastrophe. The chart above is the eye-popping headline finding: when it comes to average student growth, reading and math, online charter kids underperform their traditional school compatriots by a huge margin. In math, attending an online charter is the equivalent of missing nearly the entire school year (180 days' worth of missed school).

Please note that, though these negative effect sizes may not seem that big to you, in a context where most attempted interventions are not statistically different than zero, they’re remarkable. I invite you to look at the “days of learning lost” scale on the right of the graphic. There’s only 180 days in the typical K-12 school year! This is educational malpractice. How could such a thing have been attempted with over 160,000 students without any solid evidence it could work? Because the constant, the-sky-is-falling crisis narrative in education has created a context where people believe they are entitled to try anything, so long as their intentions are good. Crisis narratives undermine checks and balances and the natural skepticism that we should ordinarily apply to the interests of young children and to public expenditure. So you get millions of dollars spent on online charter schools that leave students a full school year behind their peers.