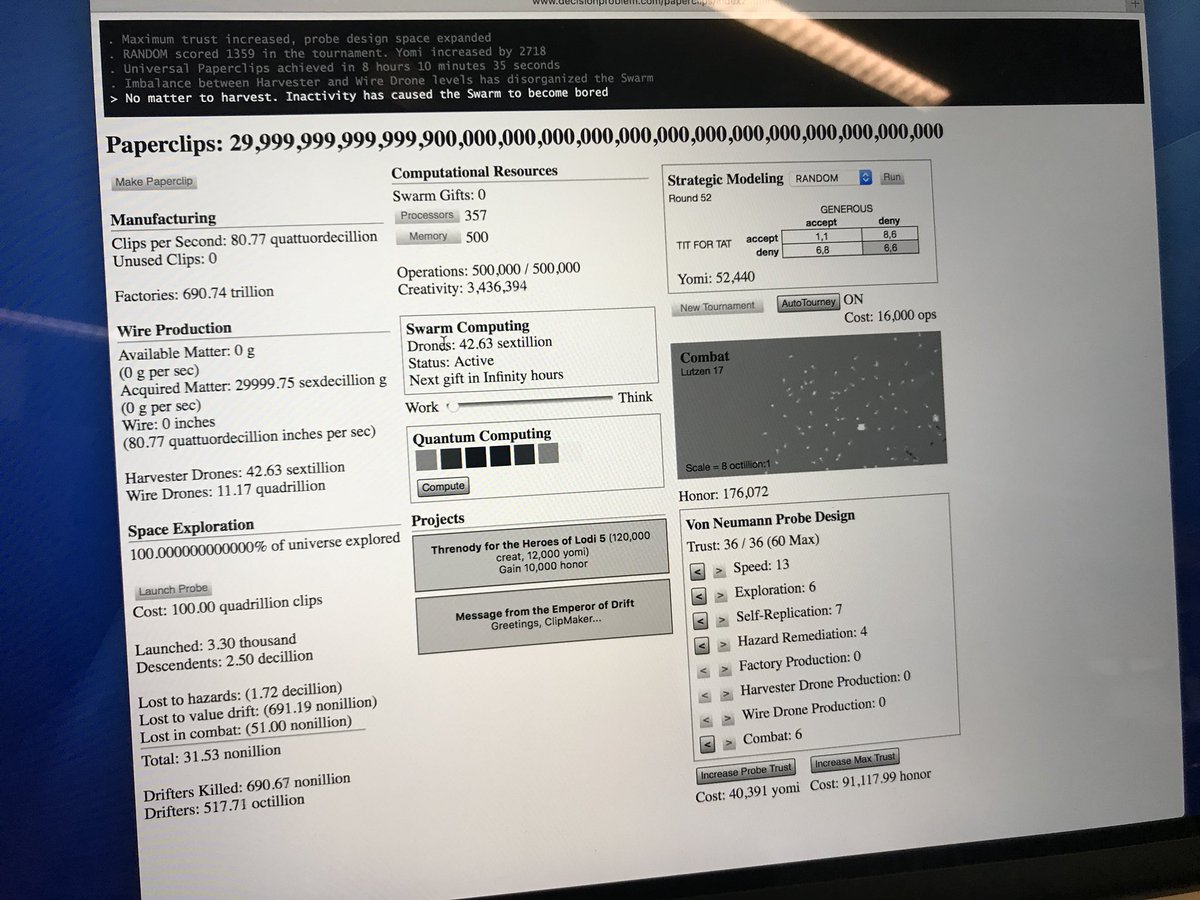 Universal Paperclips is a free "clicker" game where you play as an AI tasked with optimizing production efficiency. It's a game about paperclips, humanity and the end of everything. Except for the paperclips, that is.

The photo is from Dan Hon, who is very good at Universal Paperclips: