What happens when everything is available anywhere? 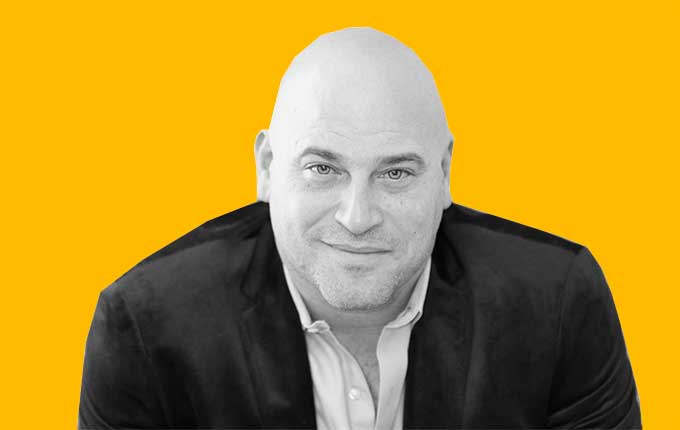 Of all the outlandish technologies I propose in The Punch Escrow, the one nobody seems to ever take umbrage with is “printing.” For those who haven’t read my book, a base assumption I make about 22nd century Earth is that we will be able to 3D print pretty much anything: the food we eat, the silverware we eat it with, heck, maybe even some people to join us for dinner.

Tal M. Klein's The Punch Escrow is available from Amazon.

How? E=mc2. Really, it all comes down to E=mc2; Einstein’s energy-matter equivalence principle. This equation tells us that mass is just another form of energy. That means we should be able to take some mass and directly convert it into pure energy, a thesis supported by real evidence. For example, it’s how we explain the energy that keeps atomic nuclei together. If we were to weigh the nucleus of any atom, we’d find it weighed slightly less than the sum of its parts. Where’d the extra heft go? It was converted into energy -- the “glue” holding everything together (in other words, dude, energy is the carpet of our universe). Since E=mc2 is a balanced formula, we should be able to -- at least in theory --convert energy to mass.

In quantum mechanics, the Heisenberg uncertainty principle allows energy to briefly decay into particles and antiparticles which then transmogrify back to pure energy. At small enough scales, the energy of these fluctuations would be large enough to cause significant departures from the smooth spacetime seen at macroscopic scales, giving spacetime a "foamy" character. This “quantum foam,” were we to harness it, could be used to essentially construct anything — it is the quintessential building block of the universe. Quantum foam’s a hell of an ink.

In The Punch Escrow, “replication printing” is the catchall name for the process used to create objects in this way. Basically, everything is available anywhere, provided one has the “blueprint,” printer, and “ink.” Replication of valuable or patented items is prevented through safeguards such as unique molecular signatures. I looked to the way we handle digital rights today as a model for how we might handle a world where anything could be printed. For example, if someone managed to illegally replicate a gold bar, it would have an identical signature to the original blueprint. Any piece of gold with that bar’s molecular signature could only be sold once, thus branding any other copy a fake. That doesn’t prevent two of the same bar of gold from existing, but only one of them could have market value. And lest you still think printers would collapse the market value of consumable things like expensive liquor, fancy cheese, and truffles, these are all things which could be licensed, either permanently or ephemerally. I use the Big Mac as an example in the book.

My thesis is that we humans place a lot of stock in originality -- our culture has always focused on “the real thing” having true tangible value, and with the use of authentication techniques such as the aforementioned molecular signatures, it could become nearly impossible to make illegitimate replications of anything patented. The printing infrastructure itself would need to be built to enforce legitimacy, akin to an Amazon Prime of things -- one only has access to things that come with the service or they’ve which they have already purchased -- such that if someone illegally replicated a Big Mac, the printer that printed it would flag it as illegitimate. To enforce this illegitimacy, we need mechanism for governing and tracking folks.

Because The Punch Escrow’s 22nd century Earth is a corporatocracy, infrastructure, federal institutions, and the legal system are all semi-privatized. “Semi” in that I didn’t reinvent law. A company could only hold one equal seat on a nine governing corporate panel, that is in essence what we now know as the executive branch in America. Each seat is doled out annually based on the nine firms with the respective highest valuations that year. There’s a legislative branch too. It ensures further checks and balances, as well as prevents collusion, by providing companies from specific geographies with a voice and a vote. There is also a judicial branch entrusted with enforcing common law. There are no elected officials --
companies make decisions and people vote with their chits (we’ll get to those in a sec). Minimum basic needs are provided for everyone free of charge. That way, the corps reckon, nothing is out of reach for anyone. The rich could still be rich, but things like food and shelter are readily available to all.

The Punch Escrow’s global economy is powered by “chits” -- an elastic global blockchain cryptocurrency. Chits are secure and unforgeable by design and make most financial crime obsolete. What do I mean by “elastic”? The idea is that the “price” of something is a moving target based on real-time demand, the wealth of the procurer, and the percentage of the procurer's wealth that the procurement transaction represented. This allows a rich jerk to buy the last piece of bread in a hypothetical municipality, but it would make the cost of bread incredibly prohibitive to that person (because 80% of their income might be worth more to them than 80% of the income of the local municipality’s denizens. Since 80% of zero is zero, if someone is truly broke, the bread is free, and they could afford to pay 100% of their income to buy it). It sounds complicated, but we’re also talking about a world in which no one can effectively lie to “the system” about their worth; the tradeoff for these societal capabilities is the loss of privacy.

So, is a world where basic needs are provided for and we can print anything a utopia? I posit: No. But it’s no dystopia either. Is a system that ensures nobody goes hungry and that no one person or corporation could manipulate the market beyond its natural elasticity worth the loss of what many of us believe is a fundamental inalienable right? Only the future will tell.

Tal M. Klein was born in Israel, grew up in New York, and currently lives in Detroit with his wife and two daughters. When his daughter Iris was five years old, she wrote a book called I’m a Bunch of Dinosaurs that went on to become one of the most successful children’s book projects on Kickstarter —something that Tal explained to Iris by telling her, “your book made lots of kids happy.” Iris then asked Tal, "Daddy, why don’t you write book that makes lots of grownups happy?" Tal mulled this over for a few years, and eventually wrote his first book, The Punch Escrow. It won the Inkshares Geek & Sundry Hard Science Fiction Publishing contest, and will be the first book published on Inkshares’ Geek & Sundry imprint.

The X-Men are often cited as a pop culture metaphor for the struggles of persecuted peoples in the face of bigotry. But the allegory is far from perfect. It’s barely even present in the foundational DNA of the earliest comics. The idea of “mutants” was initially just an excuse to skip over the origin stories […]

William Gibson’s 2014 novel, The Peripheral, is on sale today as a Kindle edition for just . Book description: Flynne Fisher lives down a country road, in a rural America where jobs are scarce, unless you count illegal drug manufacture, which she’s trying to avoid. Her brother Burton lives on money from the Veterans Administration, […]

Stephen King talks about his new novel, The Institute