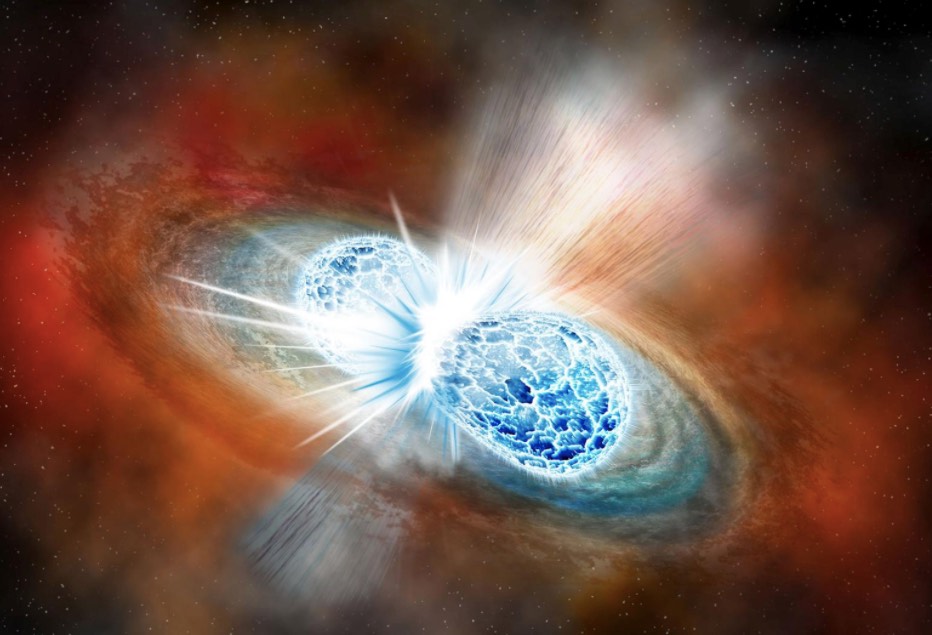 Astronomers have detected the collision of a pair of dead stars, called a kilonova, that caused a cosmic ripple of gravitational waves around 130 million years ago. It turns out these kinds of massive explosions forged most of the gold, silver, and other heavy elements in our universe. From Nadia Drake's story in National Geographic:

First theorized by Albert Einstein in 1916, gravitational waves are kinks or distortions in the fabric of spacetime caused by extremely violent cosmic events. Until now, all confirmed detections involved a deadly dance between two black holes, which leave no visible signature on the sky.

But with this latest event, teams using about a hundred instruments at roughly 70 observatories were able to track down and watch the cataclysm in multiple wavelengths of light, allowing astronomers to scrutinize the source of these cosmic ripples for the first time.


“We saw a totally new phenomenon that has never before been seen by humans,” says Andy Howell of the University of California, Santa Barbara. “It’s an amazing thing that may not be duplicated in our lifetimes.”


Unlike colliding black holes, shredded neutron stars expel metallic, radioactive debris that can be seen by telescopes—if you know when and where to look.


“We felt the universe shaking from two neutron stars merging together, and that told us where to go and point our telescopes,” says Howell, whose team was among several that chased down the stars tied to the gravitational wave signal.