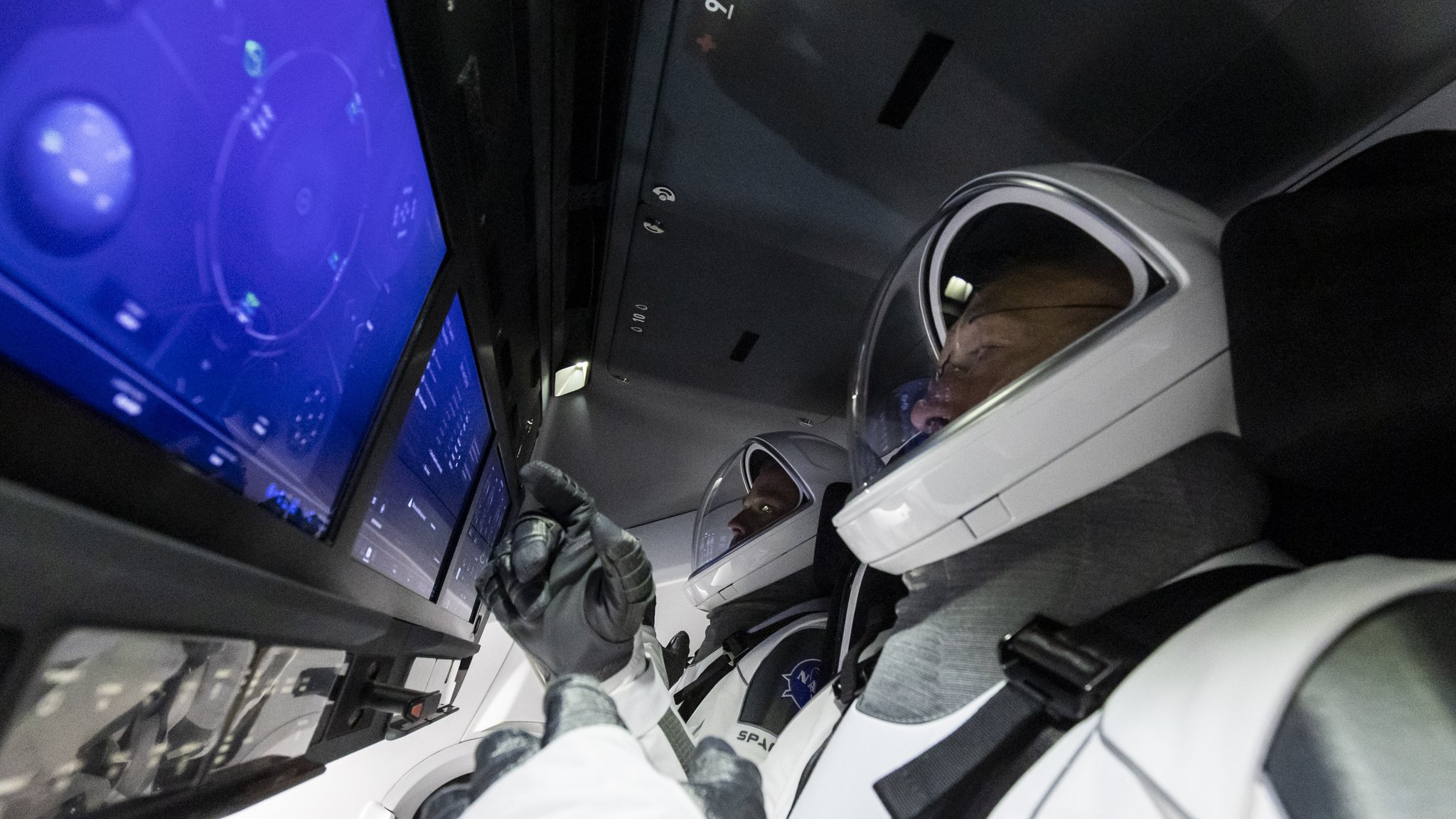 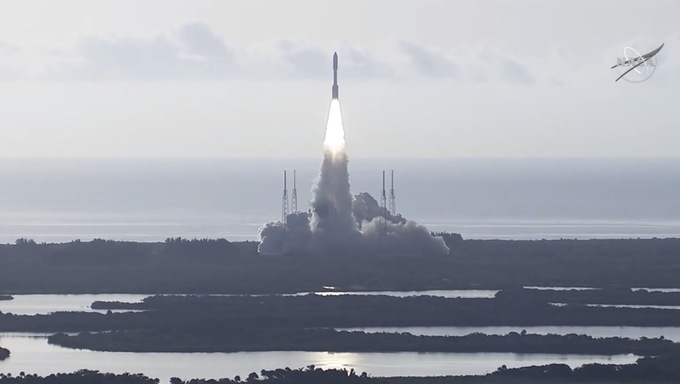 NASA launched its latest and greatest rover, Perseverance, to Mars on Thursday, from Cape Canaveral in Florida. Read the rest 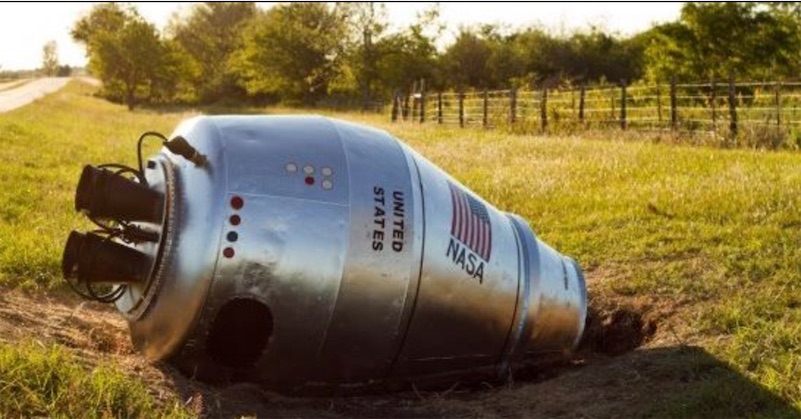 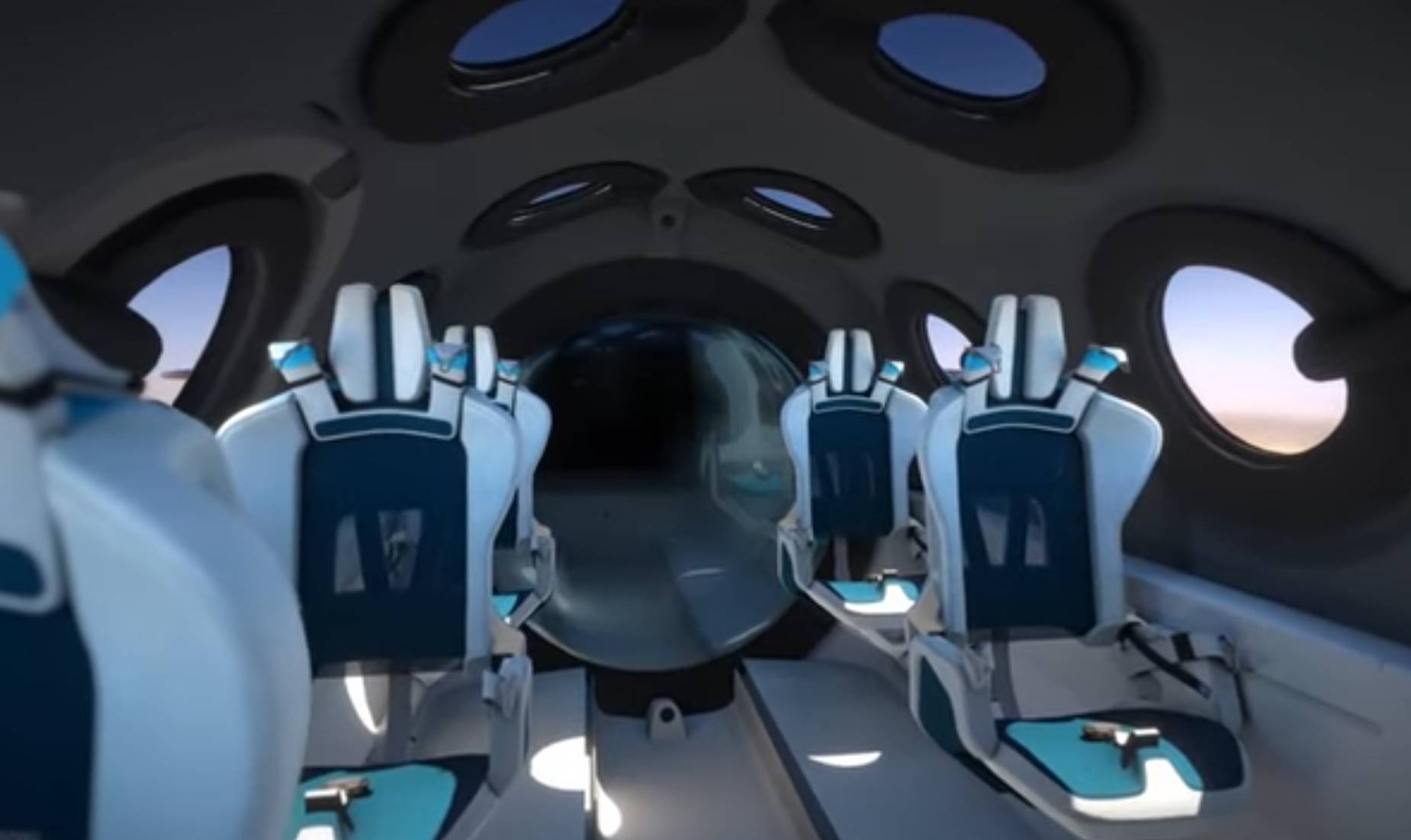 I'd totally go. Read the rest 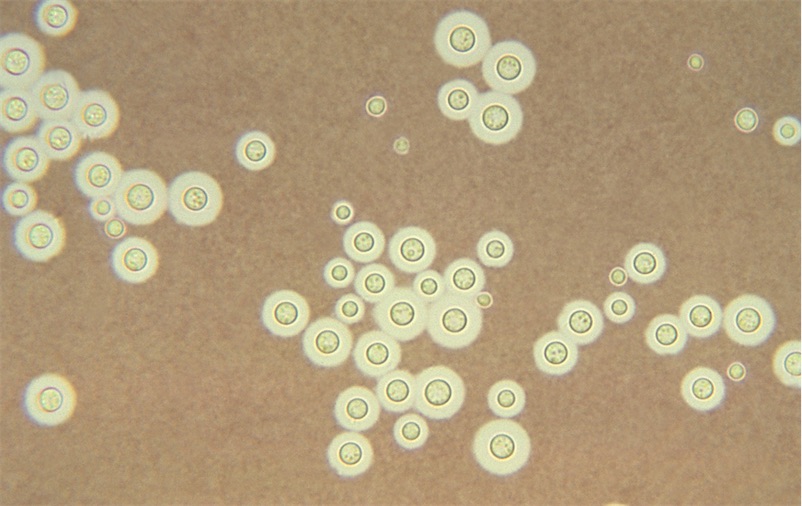 In 1991, scientists discovered a strange form of fungi growing at the Chernobyl Nuclear Power Plant. The organisms seem to feed on radiation, converting gamma rays into energy for growth. Now, researchers from the University of North Carolina at Charlotte and Stanford University are exploring whether these "radiotrophic fungi" could protect astronauts living on the Moon or Mars. A big benefit is that the fungus self-replicate so the material could be grown upon arrival rather than having to be carried into space from Earth. Experiments conducted on the International Space Station suggest that growing a layer of fungus on top of Mars rock could result in a sufficient shield for people stationed on the Red Planet. From their technical paper in bioRxiv:

In search of innovative radiation-shields, biotechnology holds unique advantages such as suitability for in-situ resource utilization (ISRU), self-regeneration, and adaptability. Certain fungi thrive in high-radiation environments on Earth, such as the contamination radius of the Chernobyl Nuclear Power Plant. Analogous to photosynthesis, these organisms appear to perform radiosynthesis, using pigments known as melanin to convert gamma-radiation into chemical energy. It is hypothesized that these organisms can be employed as a radiation shield to protect other lifeforms.[...]

Estimations based on linear attenuation coefficients indicated that a ~ 21 cm thick layer of this fungus could largely negate the annual dose-equivalent of the radiation environment on the surface of Mars, whereas only ~ 9 cm would be required with an equimolar mixture of melanin and Martian regolith. Compatible with ISRU (in-situ resource utilization), such composites are promising as a means to increase radiation shielding while reducing overall up-mass, as is compulsory for future Mars-missions. 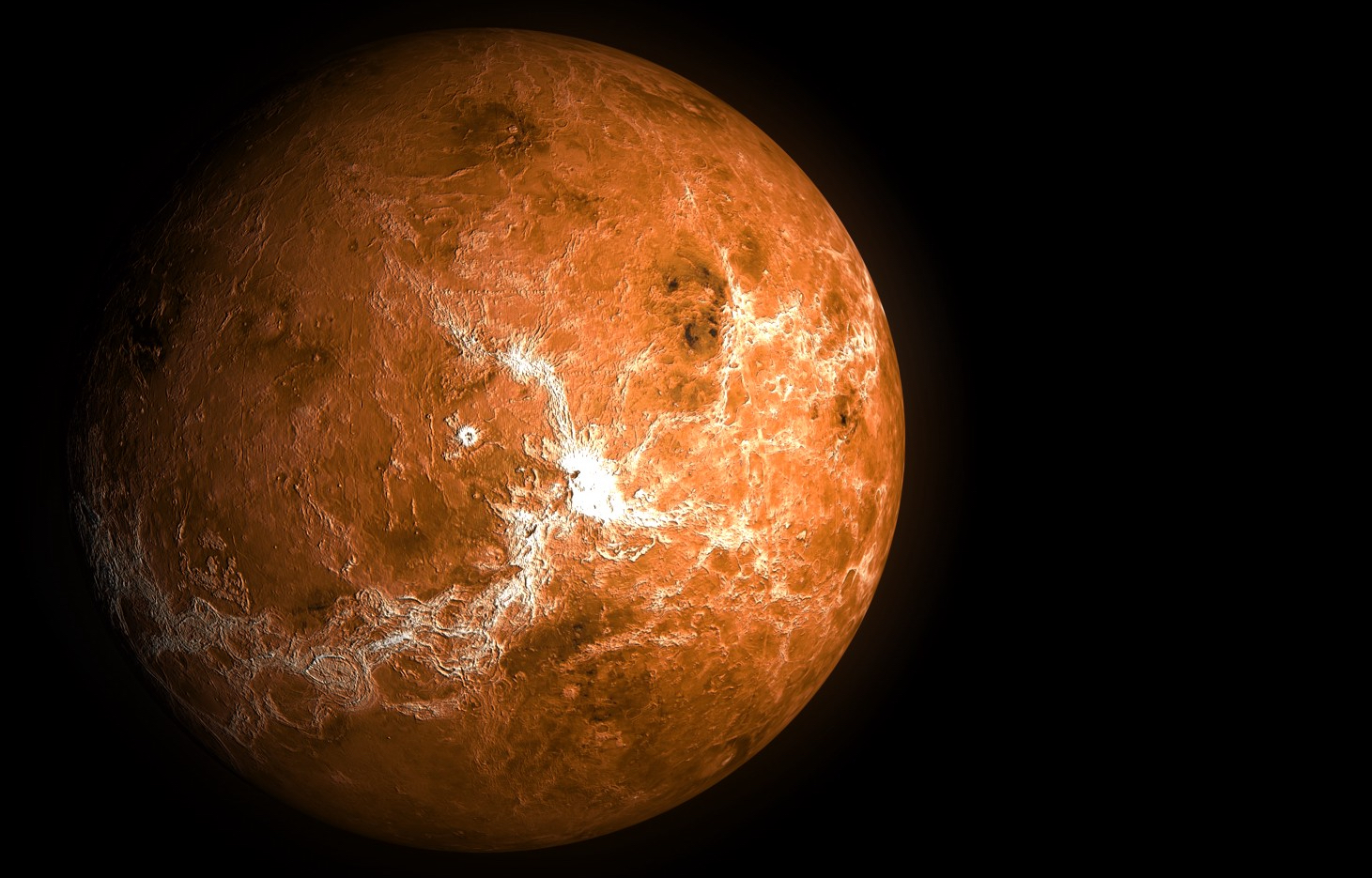 This is the closest photo ever taken of the Sun 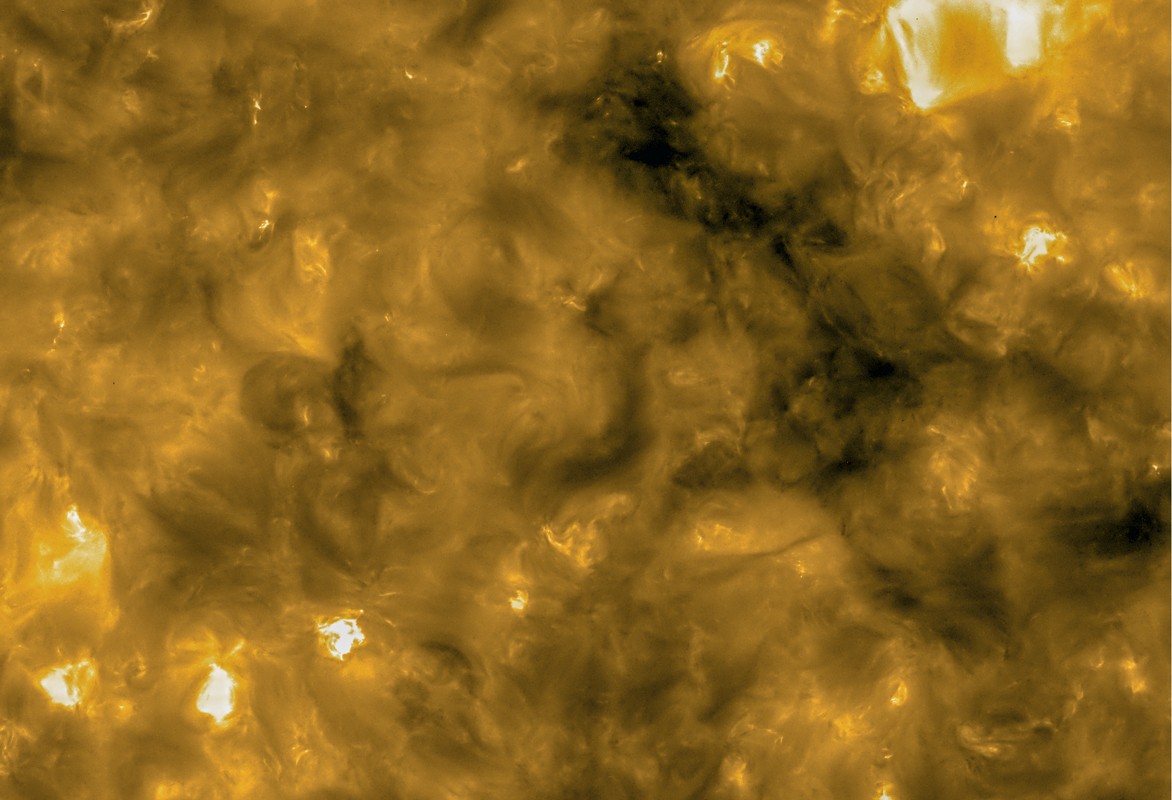 The European Space Agency's Solar Orbiter satellite took this incredible image of the Sun, the closest photo ever taken of our star. It reveals tiny solar flares dotting the surface. The image above was captured at a distance of 77 million kilometers. From Nature:

“When the first images came in, my first thought was this is not possible, it can’t be that good,” David Berghmans, principal investigator for the orbiter’s Extreme Ultraviolet Imager instrument, told a press briefing on 16 July. “It was much better than we dared to hope for.”

“The Sun might look quiet at the first glance, but when we look in detail, we can see those miniature flares everywhere we look,” said Berghams, a solar physicist at the Royal Observatory of Belgium, in a statement.

The fires are millions or billions of times smaller than solar flares that can be seen from Earth, which are energetic eruptions thought to be caused by interactions within the Sun's magnetic fields. The mission team has yet to figure out whether the two phenomena are driven by the same process, but they speculate that the combined effect of the many campfires could contribute to the searing heat of the Sun’s outer atmosphere, known as the corona. Why the corona is hundreds of times hotter than its surface is a longstanding mystery. 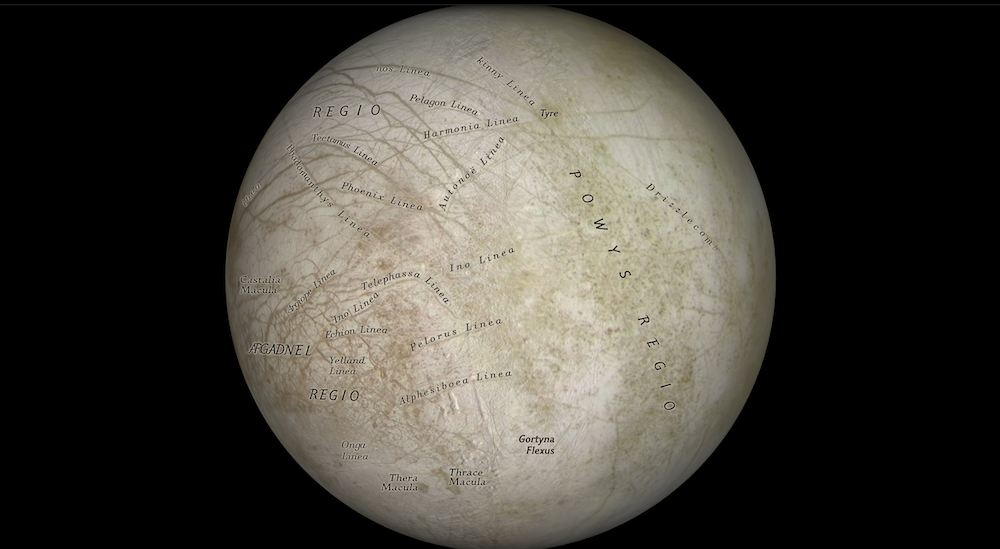 The Atlas of Moons is National Geographic's amazing interactive project to explore the incredible diversity of over 200 moons in our solar system, like Europa, shown above. Each moon is described and shown with as much recent information available. Read the rest 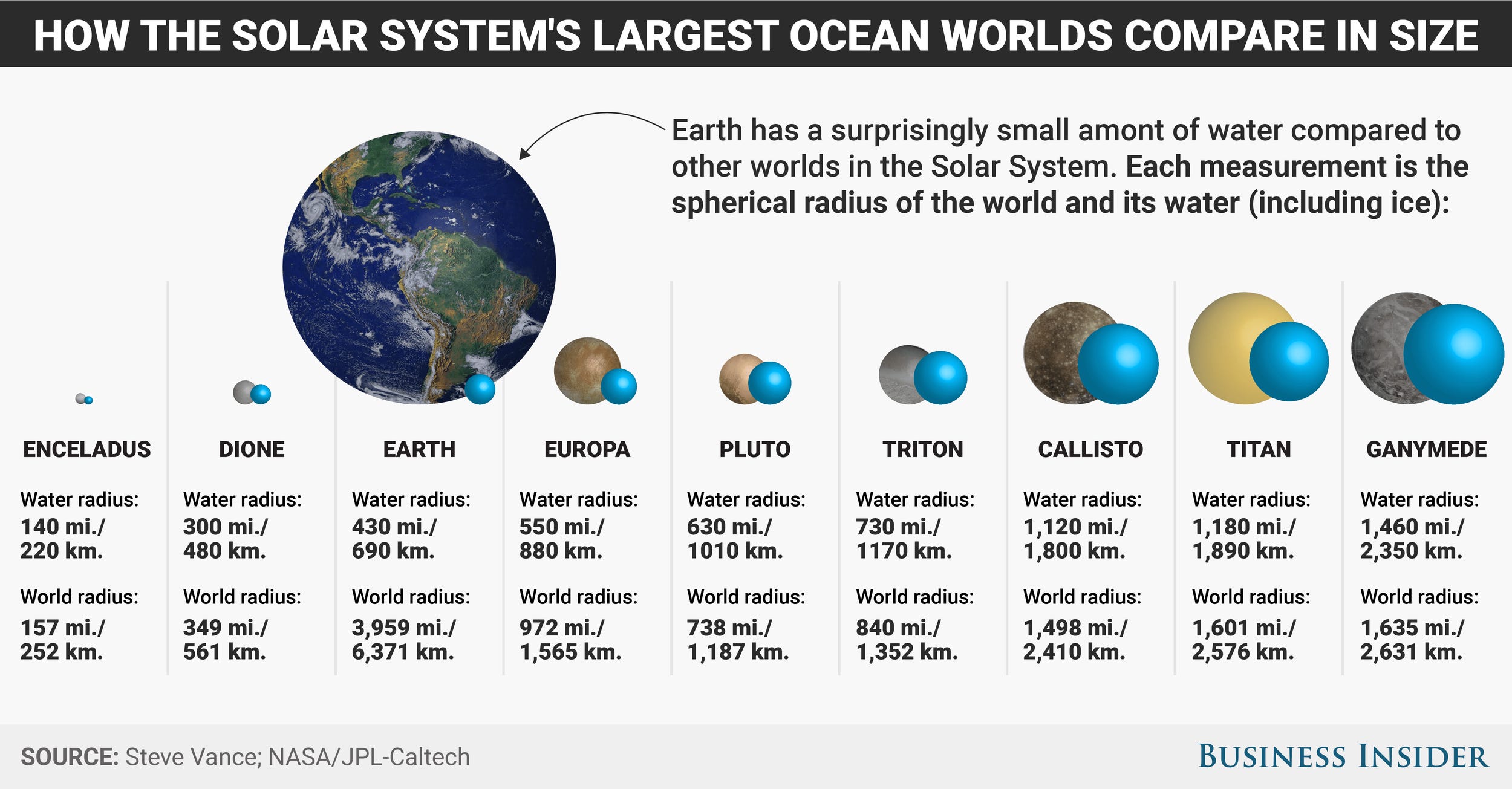 There is less water on planet Earth than on Pluto, as revealed in this graphic by NASA's Steve Vance (bio). Moreover, five moons orbiting other worlds in our solar system—Europa, Triton, Callisto, Titan and Ganymede—have more. Ganymede has nearly 40 times as much water as planet Earth! Read the rest 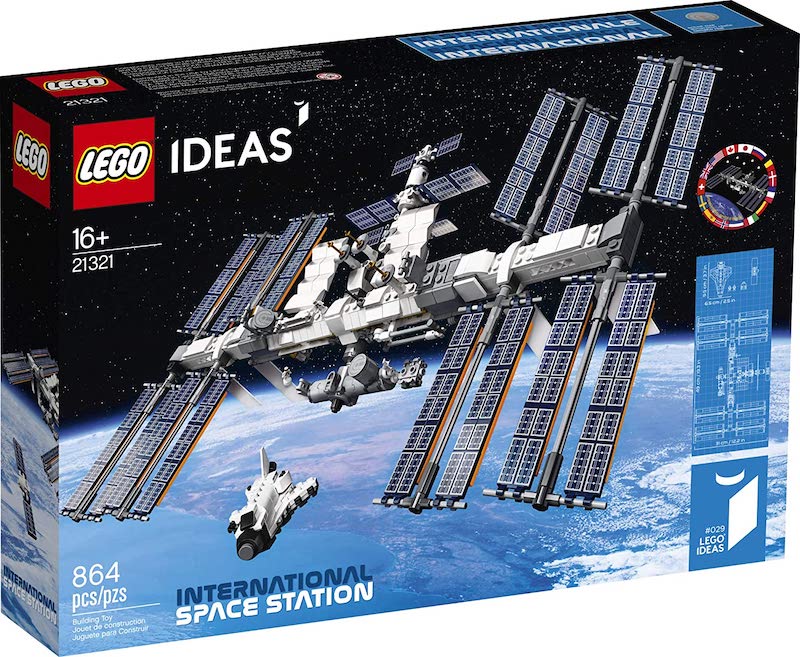 This LEGO Ideas version of the International Space Station pretty much made my 10-year-old nephew's head explode.

Complete with astronaut minifigs and a mini-Space Shuttle, this 864 piece kit is pretty hard to turn away from. 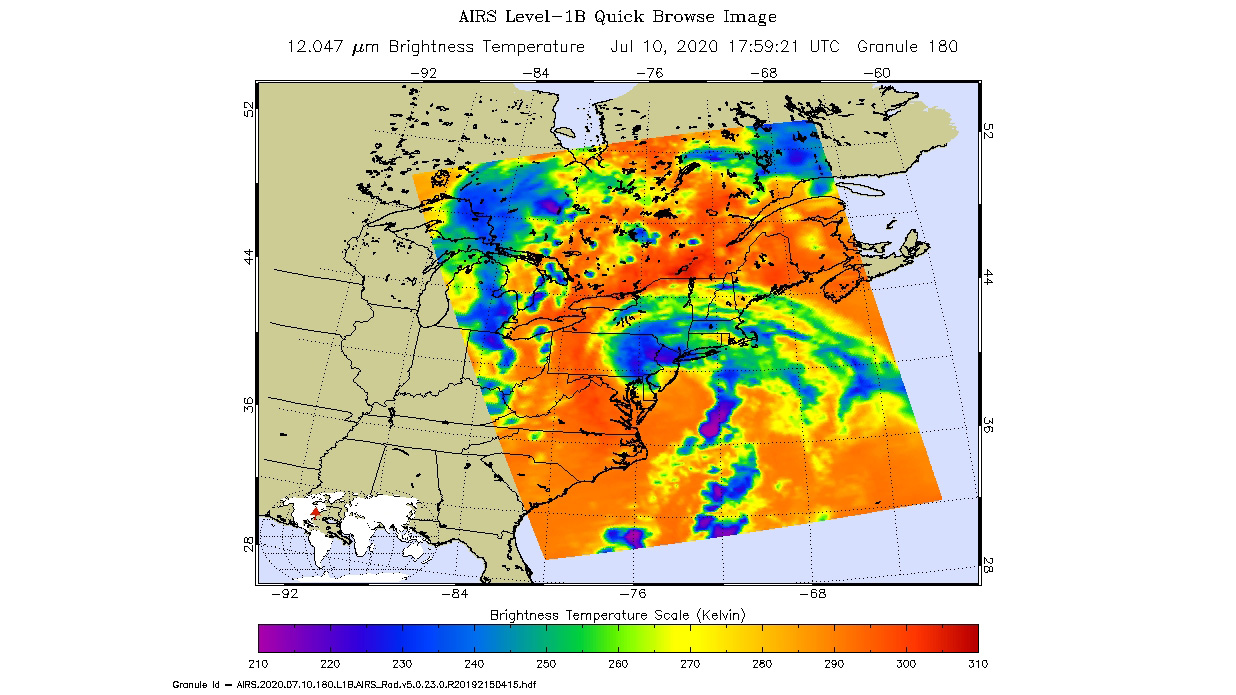 AIRS and AMSU work in tandem to make simultaneous observations down to Earth's surface, even in the presence of heavy clouds. With more than 2,000 channels sensing different regions of the atmosphere, the system creates a global, three-dimensional map of atmospheric temperature and humidity, cloud amounts and heights, greenhouse gas concentrations, and many other atmospheric phenomena. 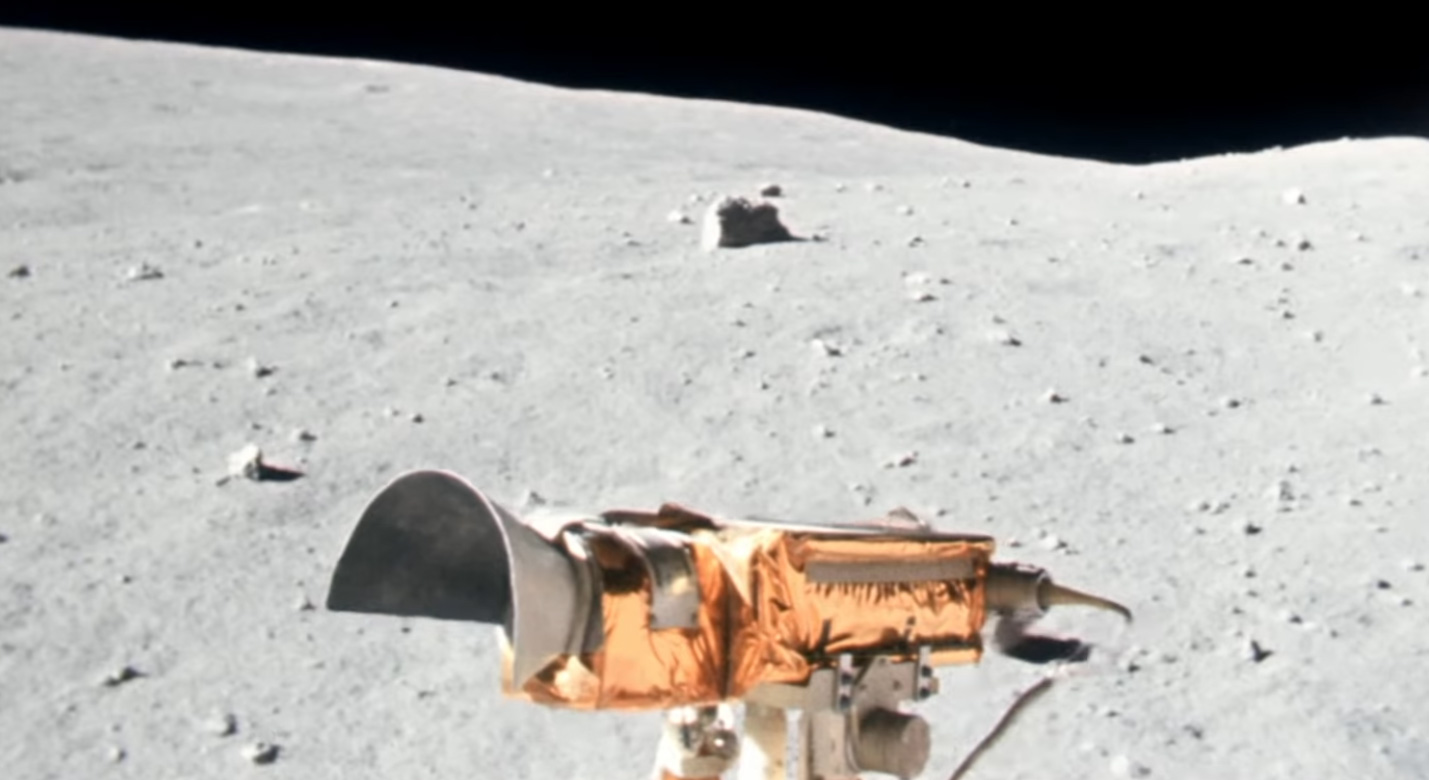 DAIN is an AI-powered method for adding "missing" frames of footage. Standard interpolation treats the existing frames as flat fields of color and contrast, but the AI models the depth of regions in the scene, resulting in a more convincing and less "smeary" results. Let's go for a ride on the moon!

Apollo 16 Rover Traverse to Station 4 16mm footage interpolated from 12fps to 60fps with DAIN-AI. Colour corrected and synchronized with audio. 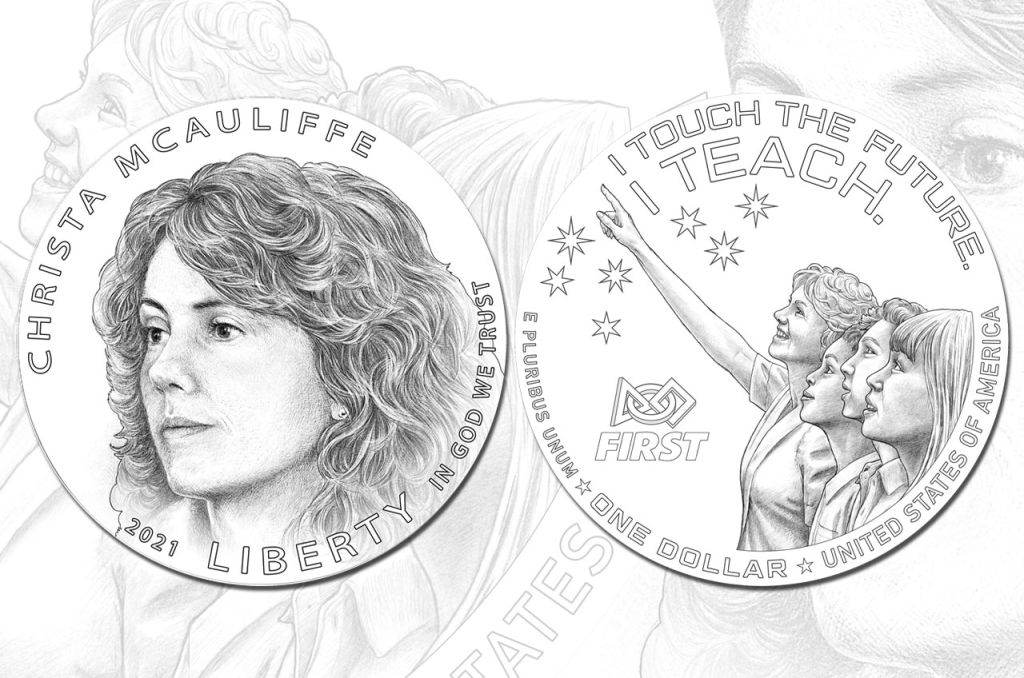 Surcharges from the sale of the McAuliffe silver dollar will benefit Kamen's FIRST organization and its student robotics competitions for "the purpose of engaging and inspiring young people through mentor-based programs to become leaders in the fields of science, technology, engineering and mathematics," [director of the U.S. 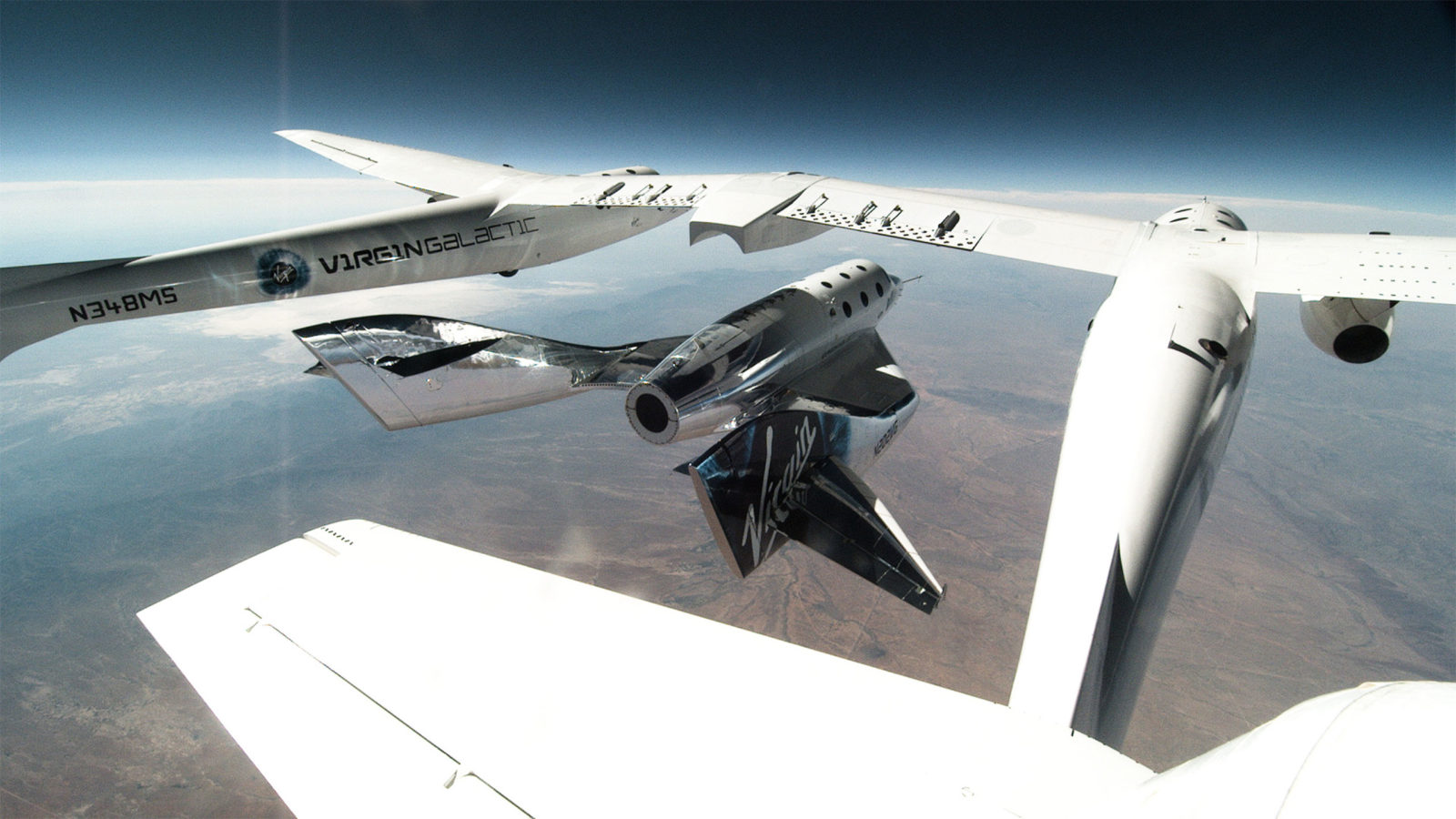 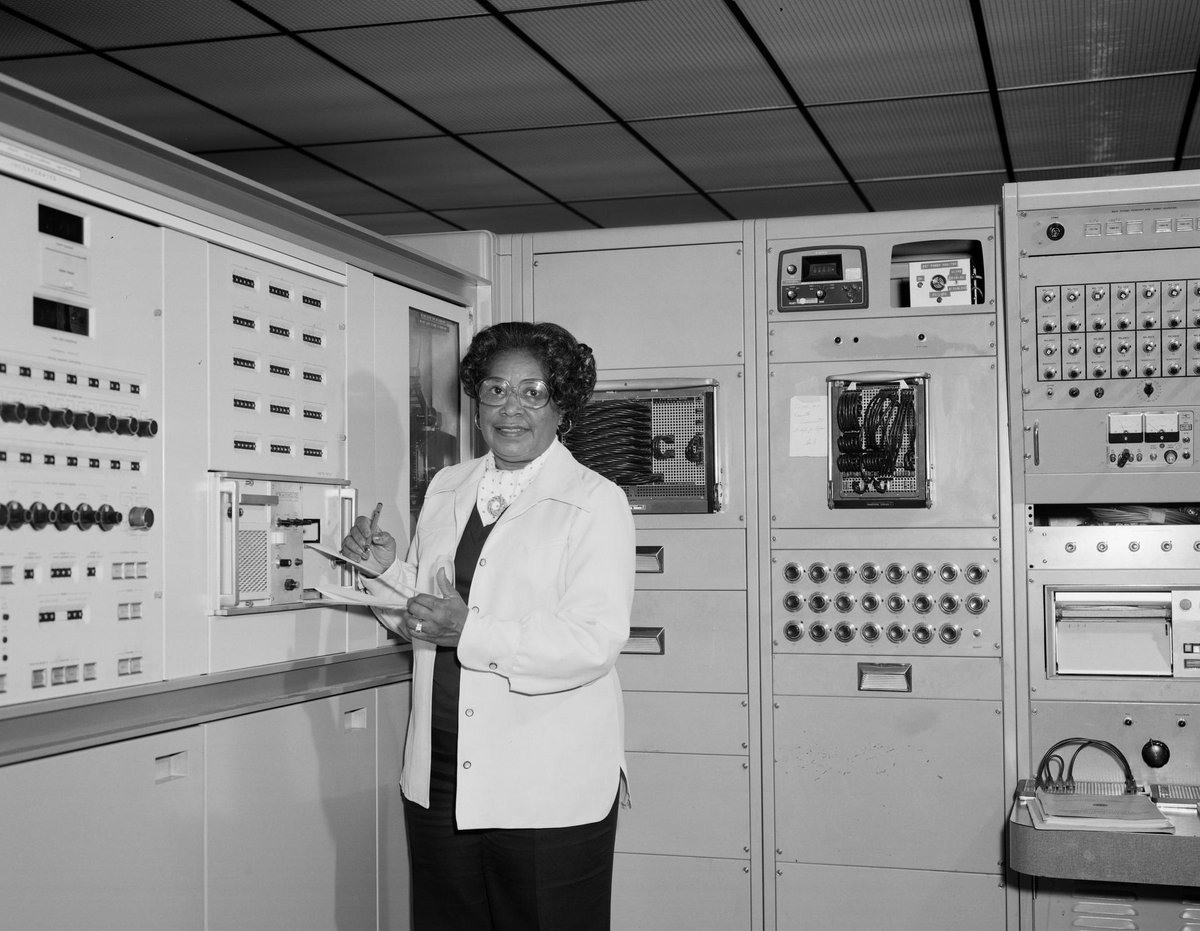 Mary W. Jackson was one of the black women mathematicians at NASA whose contributions to the space race were made in a segregated and sexist environment and left unsung until the publication of Margot Lee Shetterly's book Hidden Figures [Amazon]. Jackson's name will now grace NASA's D.C. headquarters, permanently honoring a "human computer" who made the moon landing possible.

Jackson started her NASA career in the segregated West Area Computing Unit of the agency’s Langley Research Center in Hampton, Virginia. Jackson, a mathematician and aerospace engineer, went on to lead programs influencing the hiring and promotion of women in NASA's science, technology, engineering, and mathematics careers. In 2019, she was posthumously awarded the Congressional Gold Medal.

“Mary W. Jackson was part of a group of very important women who helped NASA succeed in getting American astronauts into space. Mary never accepted the status quo, she helped break barriers and open opportunities for African Americans and women in the field of engineering and technology,” said Bridenstine. “Today, we proudly announce the Mary W. Jackson NASA Headquarters building. It appropriately sits on ‘Hidden Figures Way,’ a reminder that Mary is one of many incredible and talented professionals in NASA’s history who contributed to this agency’s success. Hidden no more, we will continue to recognize the contributions of women, African Americans, and people of all backgrounds who have made NASA’s successful history of exploration possible.” 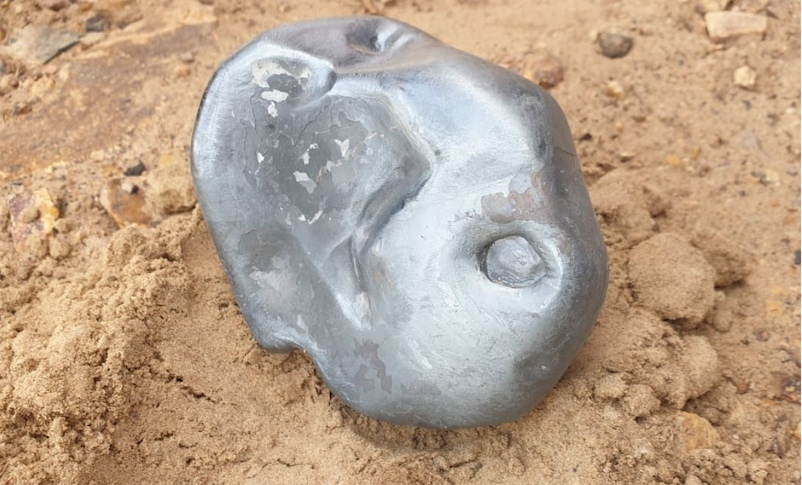 The officials concerned also got it tested in a private lab located at the jeweller's shop in Sanchore who confirmed that the piece had metallic properties of Germanium, Platinium, Nickel and Iron (10.23 per cent of nickel, 85.86 per cent of iron, platinum 0.5 per cent, cobbit 0.78 per cent, geranium 0.02 per cent, antimony 0.01 per cent niobium 0.01 and other 3.02 per cent). 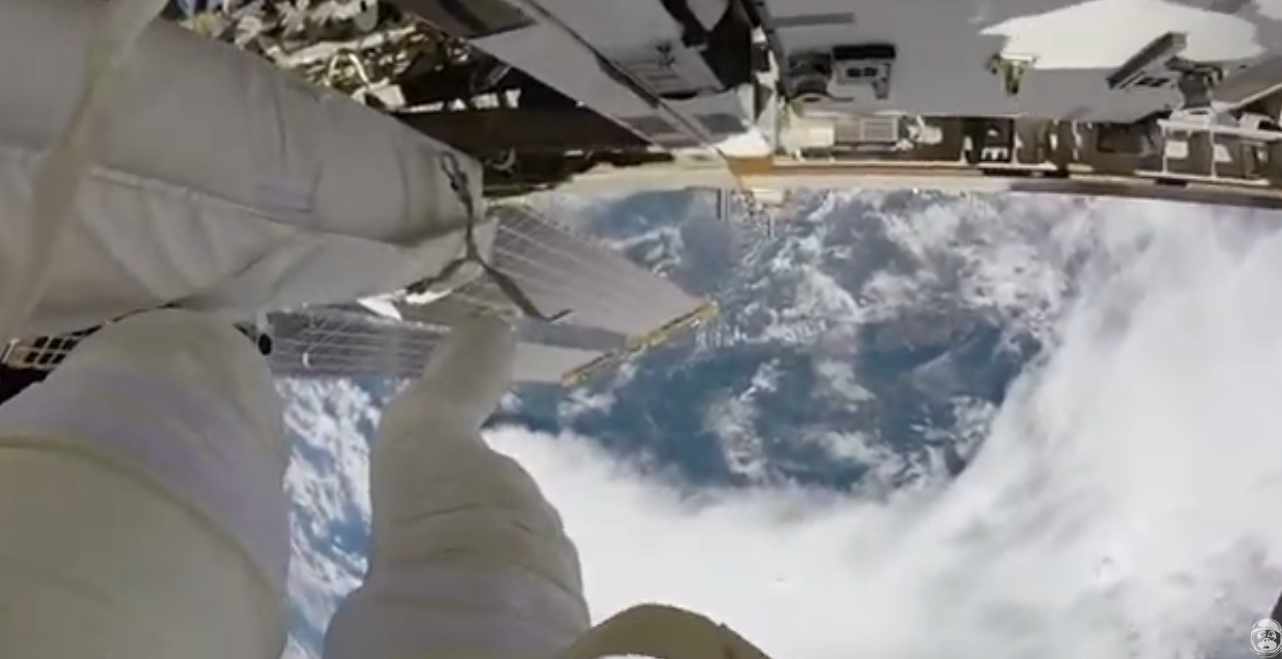