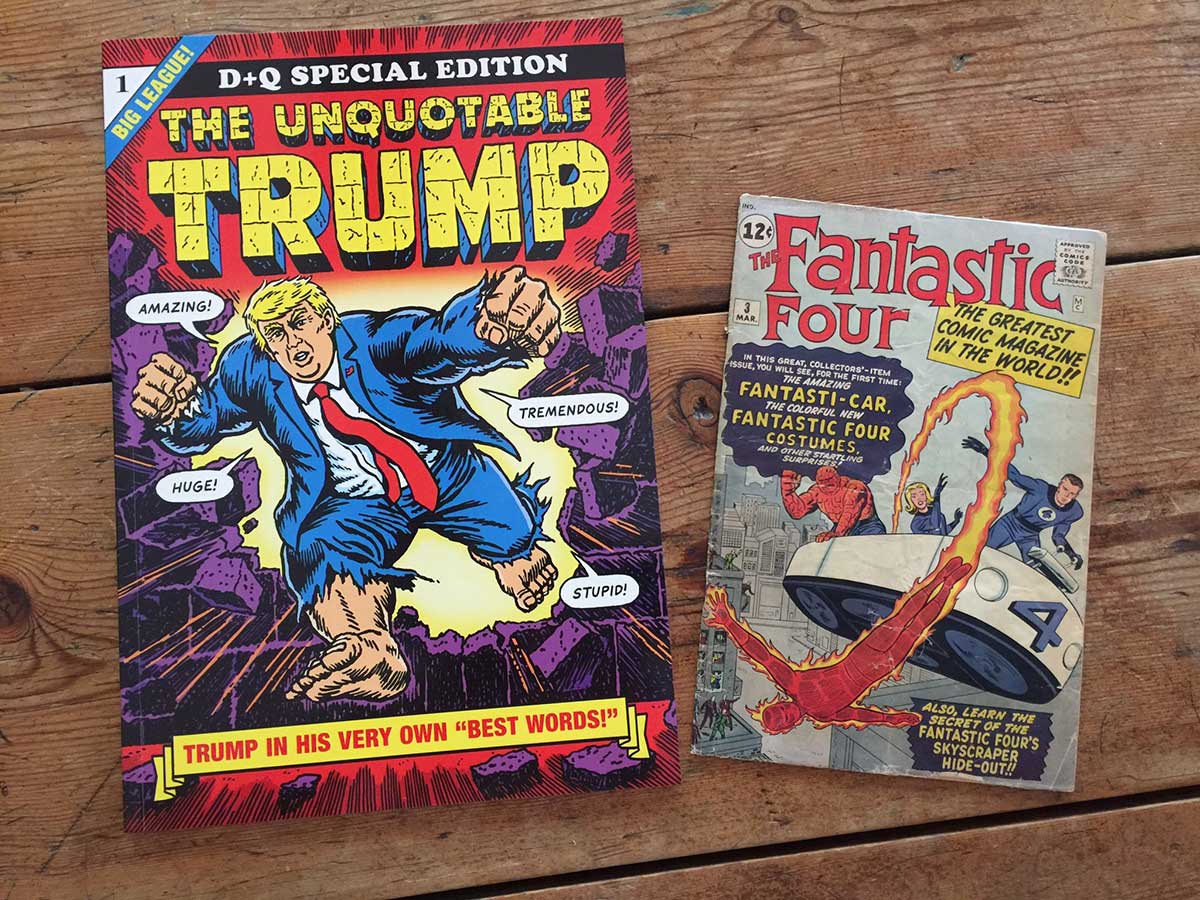 The publisher, Drawn & Quarterly, is donating 25% of the book's proceeds to the ACLU.

I took the above photo of The Unquotable Trump next to a comic from my collection so you can see how big it is. It's based on The Hulk on the Rampage from 1975. Here is Ruben Bolling's copy, which he purchased on the newsstand:

R. Sikoryak is famous for taking classic comics and mashing them with famous literature as he did in Masterpiece Comics or even using comics to visualize the iTunes Terms and Conditions contract. Now in these uncertain times, cartoonist R. Sikoryak draws upon the power of comics and satire to frame President Trump and his controversial declarations as the words and actions of the most notable villains and antagonists in comic book history.

Reimagining the most famous comic covers, Sikoryak transforms Wonder Woman into Nasty Woman; Tubby Tompkins into Trump; Black Panther into the Black Voter; the Fantastic Four into the Hombres Fantasticos and Trump into Magneto fighting the Ex-Men.

In perfect Trumpian fashion, The Unquotable Trump will be a 48-page treasury annual—needlessly oversized and garishly colored; a throw-back to the past when both Comics and America were Great. This will be the hugest comic, truly a great comic. You won’t want to miss this, trust me, you’ll see!