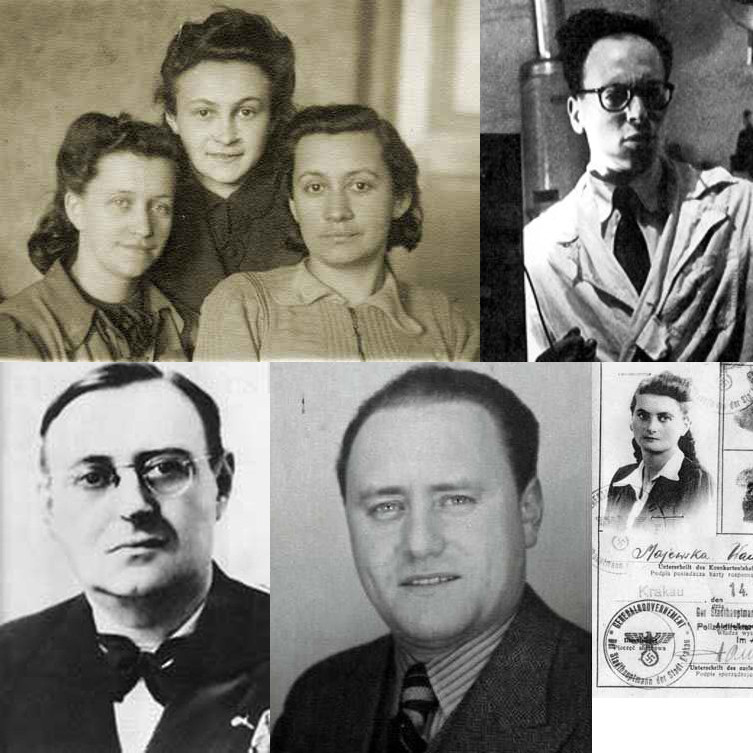 Comptroller general of the French Army René Carmille "purposely delayed the process by mishandling the punch cards," changing the programming so that the religion field wouldn't be read from them; Adolfo Kaminsky used his dry-cleaning chemical expertise to remove the red "J" (for Jew) stamps from French passports, and could forge 30 identity documents per hour; the Kasharyiot (female couriers) could pass for Aryans and smuggled "secret documents, weapons, underground newspapers, money, medical supplies, news of German activities, forged identity cards, ammunition — and other Jews — in and out of the ghettos of Poland, Lithuania and parts of Russia"; Walter Süskind and his friends used their positions running the nursery where Dutch Jewish children awaited deportation to camps to smuggle 600 children to safety.

My favorite: in 1943, Dutch partisans torched the municipal register of Amsterdam, where the Nazis would have been able to recover the personal details of 70,000 Jews. When Dutch firefighters arrived, they kept running their hoses until ever record had been destroyed.

The internet's surveillance business model has produced troves of data that strongmen, authoritarians, totalitarians, fascists and sociopaths can use to locate, isolate, propagandize, demonize, and attack targets of convenience, from Muslims to queers to Black Lives Matter activists to antifa fighters to anti-authoritarians. If you work in tech, you have the power to do something about this -- and if you don't, you have some responsibility for what happens to that data.

Today we again have a choice, perhaps sometimes to break the law to save lives and preserve the safety of others. But most of the time it’s the choice to legally make changes to our products that will help others to protect and reclaim control of their own fates. We can choose as we build software and technology to resist by offering our users more control of this data that can be used against them.

Think hard about your product’s retention and permissioning of personally identifying information. What data do you collect about users? Why do you need it? If you need it, for how long? If those in power subpoenaed user data from you, what would they find that could endanger those of a certain religion, national origin, or other marginalized group?

A few lines of code to make it easier for individuals to purge their data and assist others in doing so may not seem like resistance, but it is some of the most important work we today have in front of us. Punch more nazis, and hack them too.