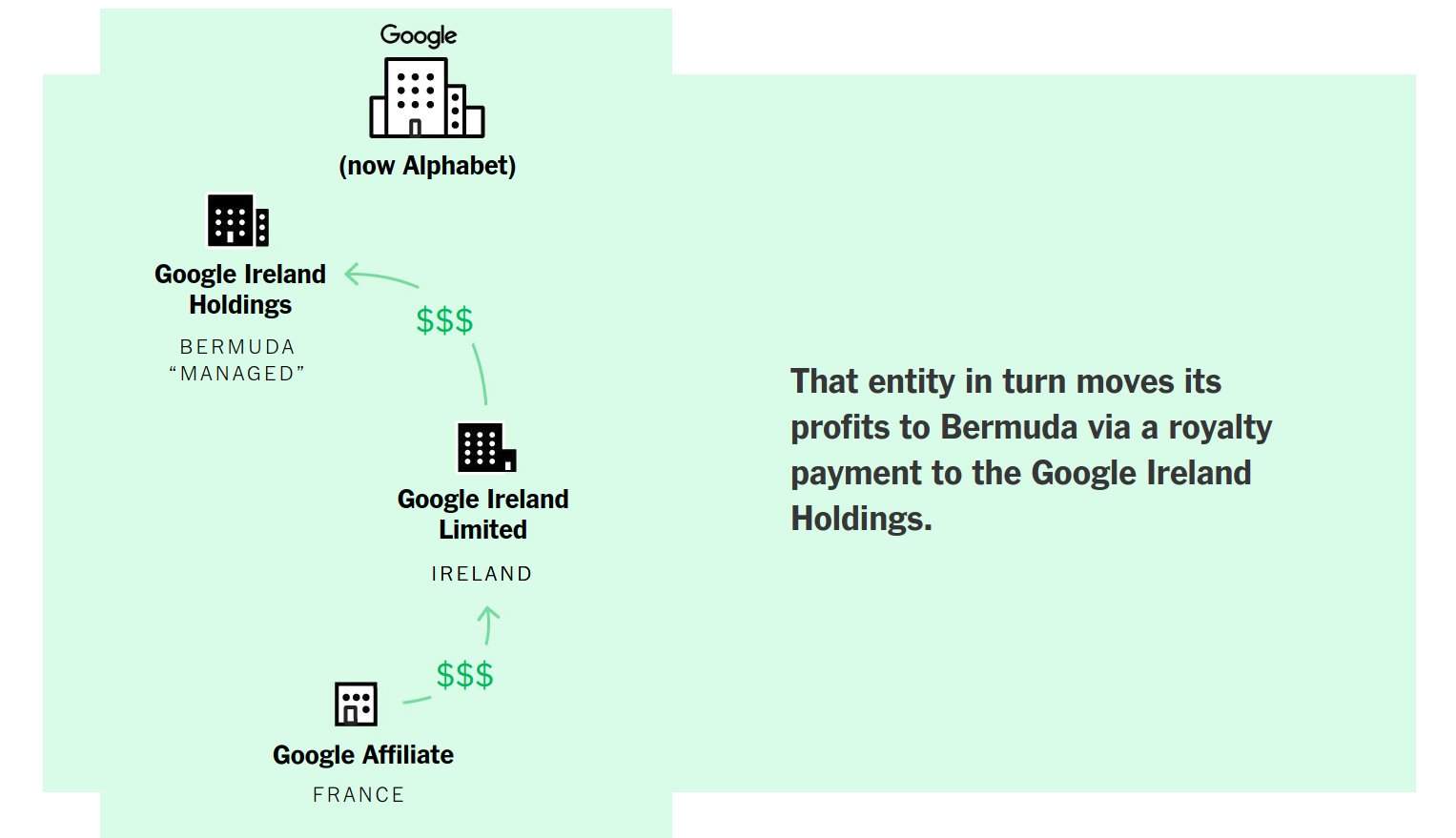 The New York Times has collaborated with Berkeley economics prof Gabriel Zucman to produce an interactive explainer that walks through the baroque tax-evasion strategies deployed by multinationals like Google and Apple, as well as the super-rich, using plain language and explanatory graphics to get past the deliberately eye-glazing tedium of these arrangements, a shield of boringness that has allowed the super-rich to hide $8.7 trillion from tax authorities while taking advantage of national courts, education, roads, police, and health care.

This system of representation without taxation gives the wealthy the best of all worlds: tiny and giant countries alike scramble for crumbs from the ever-more-rich 1 percent, tilting policies in their favor.

Zucman is the author of a 2016 book called The Hidden Wealth of Nations: The Scourge of Tax Havens, which gets top reviews.

According to the latest available figures, 63 percent of all the profits made outside of the United States by American multinationals are now reported in six low- or zero-tax countries: the Netherlands, Bermuda, Luxembourg, Ireland, Singapore and Switzerland. These countries, but above all the shareholders of these corporations, benefit while others lose.

My colleagues Thomas Torslov and Ludvig Wier and I combined the data published by tax havens all over the world to estimate the scale of these losses. The $70 billion a year in revenue that the United States is deprived of is nearly equal to all of America’s spending on food stamps. The European Union suffers similar losses.