This Amazing Crazy “Tiny” Drink is a Meal for Two @nerdvana 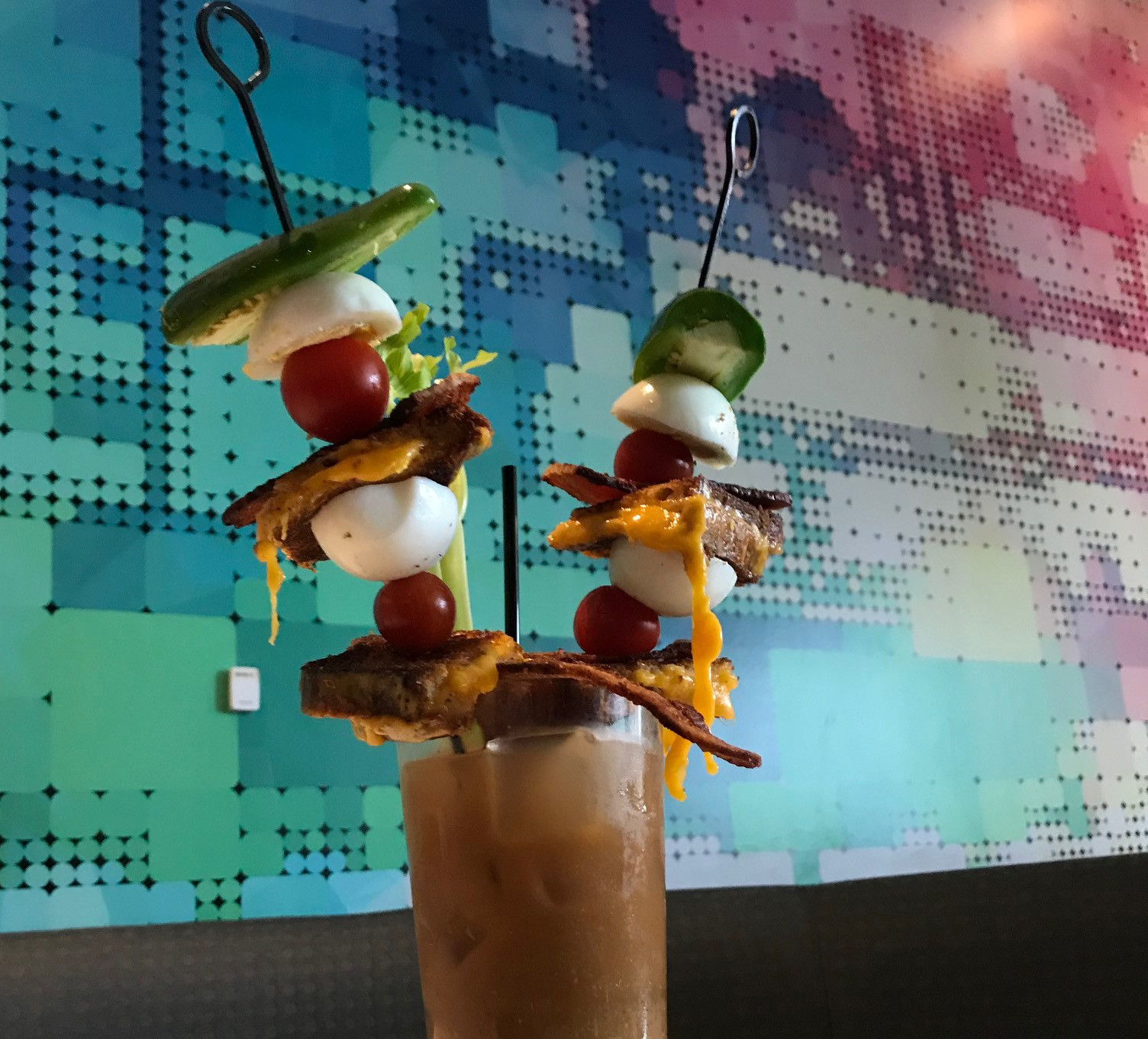 My mother used to make an incredible grilled cheese sandwich. It was neither greasy nor too buttery, but simultaneously buttery and toasty. The bread was pan fried golden brown with a nice crunch on the exterior, and it was evenly cooked all the way around and all the way through. I’ve never seen another one like it until last week, when I happened to be in Frisco, Texas, eating at the one-year old restaurant @nerdvana.

I had not ordered a grilled cheese sandwich, nor had anyone at my table. But someone had ordered a drink by the name of Tiny Tina’s TKO, which appears on the brunch menu.

The first thing you should know is that Tiny Tina’s TKO costs 20 bucks. If that sounds expensive for a drink, you should also know that it will feed two people. That’s brunch for two, with alcoholic beverage, for $20 (plus tax and tip). That’s about what you’d pay to eat at McD’s, but instead you will find yourself in @nerdvana, which is heaven for nerds, gamers, and folks who just like good food and spirits.

The portion in Tiny Tina’s glass is a killer Bloody Mary, while the skewers towering from the glass include two hard-boiled eggs, cherry tomatoes, bacon, celery, a big-ass Jalapeño pepper, and an entire grilled cheese sandwich cut into quarters. The only thing I ate was the grilled cheese sandwich, and it was mighty fine. My mama would have been proud.

@nerdvana is one year old and owned and run by Kristy Junio-Pitchford. (Full disclosure: I’m the editor and publisher of Genii, The Conjurors’ Magazine, which is owned by Randy Pitchford, husband of Mrs. Pitchford. If the food sucked, I would not be writing this piece.)

The menu was created by Mike Junio, while Kristy created the idea of having a Bloody Mary with “ridiculous shit on top” and the restaurant’s manager Cathy Brown developed the final product. Kristy calls her a “baller mixologist.” People are blown away by it and it’s one of the most instagrammable menu items.

Also really good is the French Toast, Randy’s concoction the Boss Monster Shake (skewers of chocolate covered strawberries and bananas growing out of a chocolate shake piled with whipped cream and chocolate bits), and at dinner the perfectly cooked and seasoned ribeye steak is as good as any steakhouse but at half the price.

@nerdvana is a fun restaurant for people to pig out and hang out. The place is a celebration of video games, with games available for customers to play and live simulcasts to watch of great gamers in competitions.

Me, I’m still dreaming of that grilled cheese, the steak, and that chocolate shake.