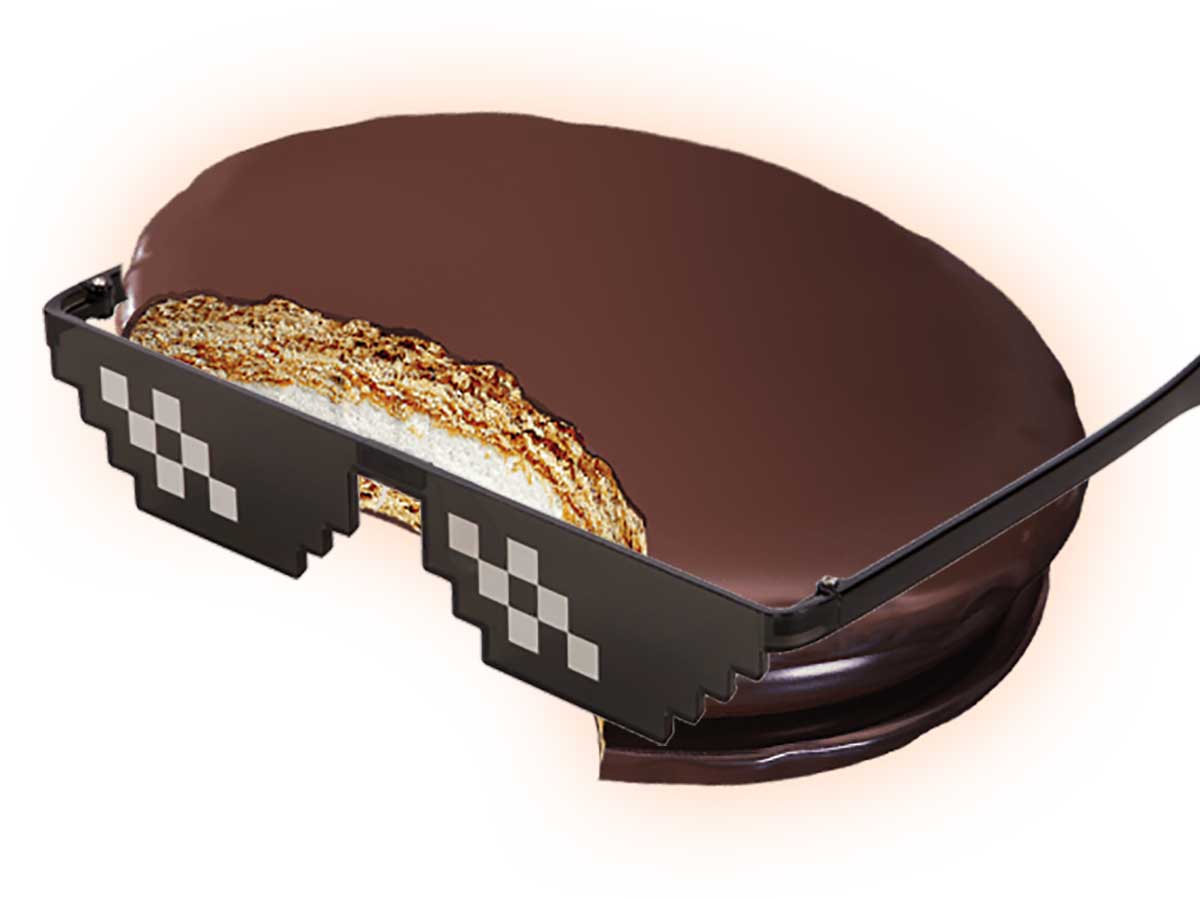 Note to self: don’t mess with @MoonPie pic.twitter.com/LM6cxyHNAs

Image: 8-Bit Deal With It Glasses/Amazon

Snack food that shame you back