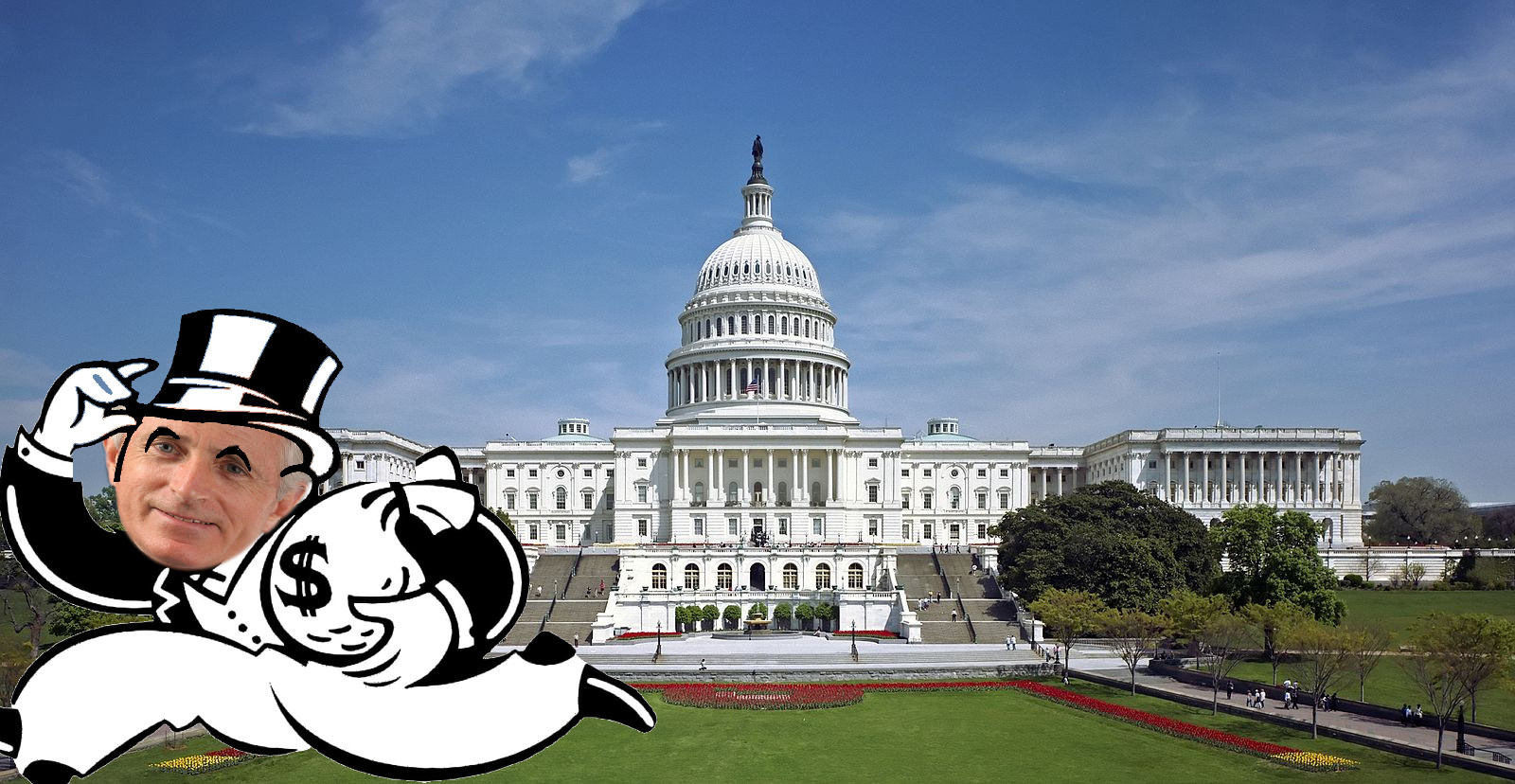 Senator Bob Corker got a rush of progressive love when he dissed Donald Trump in public, then fell from grace when he flipflopped on blocking the tax-bill after his colleagues modified it to personally give him millions -- but that guy was always dirty as hell.

He's a mini-Trump himself, a sleazy property developer whose business was between $24.2M and $120.5M in debt when he took office in 2007; a decade later, he's the fourth wealthiest senator, with a net worth of $69M.

Corker claims it's all a misunderstanding. Those debts were someone else's, sold off with his business interests when he entered the Senate. All that money he made was the happy result of some lucky trades made in an arm's length "Separately Managed Account" which is like a blind trust, except it's not blind and can benefit from the lax rules regarding insider trading by Senators and Members of Congress who get to make trades based on their knowledge of upcoming legislation.

Boy oh boy, does Corker ever trade! In the first 7 months he was in office, he made over 1,200 trades, almost all of them resulting in profits from buying stocks that shot up shortly after he bought them. Corker's four-a-day trade habit makes him a prolific day trader with a minor hobby serving as a US Senator.

He's quite an outlier in the Senate. In 2014, he sat on the Senate Banking Committee, a rich source of insider trading info. He made 930 trades that year, while his committee colleagues 39 trades (Jack Reed, D-RI) and 26 trades (Patrick Toomey, R-PA). That year, Corker's trades accounted for 93.5% of all stock-trading by Senators with access to insider finance industry info.

Matt Taibbi's got the cold, hard facts on Corker, but he's also got a larger point to make. Corker was a corrupt, evil profiteer for years before he started to crack wise about the White House being an "adult day care center." The left has no excuse for not noticing that the guy they were hoisting on their shoulders for being mean to Trump was a grifter who'd gone from negative 120 million to positive 69 million by using his Senate office as a money-laundry.

There will be more of this to come. Trump is nearly as divisive among Republicans as he is between Republicans and the rest of the world, and so we can expect more Republicans to take a stand against him (especially if it gets them elected in 2018). Don't give these looters a pass on their years of corruption just because they've finally made some anti-Trump noises with their mouth-parts.

Anne Weismann, director of the Campaign for Accountability, which filed a complaint against Corker in 2015, described Corker's trading history in damning terms.

"Senator Corker's trades followed a consistent pattern," she said. "He bought low and sold high. It beggars belief to suggest these trades – netting the senator and his family millions – were mere coincidences."

One financial analyst I know said Corker's trading patterns looked more like the work of "an office of multiple analysts all grinding at least 60 hours a week" than like the work of "one guy moonlighting as a Senator."