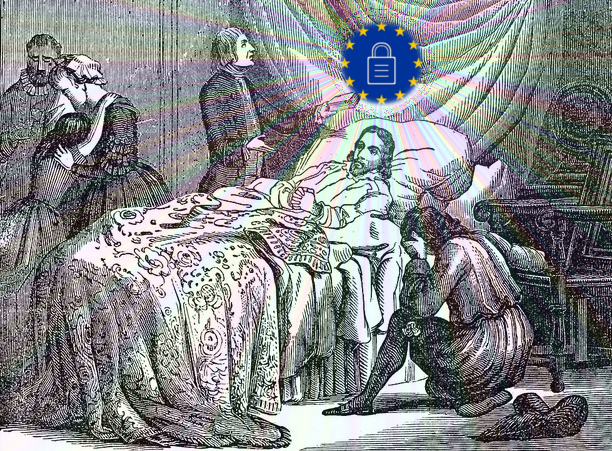 The General Data Protection Regulation will be enforced as of May, and once it does, internet companies will no longer be able to collect or share your data unless they give you a clear, simple explanation of how it will be used, and get your consent, along with contact details for named individuals who report directly to the business's senior management.

Tech companies have had years to comply with this rule, but have been playing high-stakes chicken with the European Commission instead, tacitly betting that if everyone failed to comply, the EU wouldn't know where to begin their enforcement action.

But the Commission is spoiling for a fight: Google's bet against the Commission cost it $2.73 billion; Qualcomm's out more than a billion, and Apple's got to pay $15.4 billion in evaded taxes.

These 9- and 10-figure invoices have made deathbed converts out of Big Tech, who are now in a made scramble to comply with the GDPR before its fines of the greater of 4% of global total profit or 20 million Euros kick in this May.

Over the past two months, Google has started letting people around the world choose what data they want to share with its various products, including Gmail and Google Docs.

Amazon recently began improving the data encryption on its cloud storage service and simplified an agreement with customers over how it processes their information.

And on Sunday, Facebook rolled out a new global data privacy center — a single page that allows users to organize who sees their posts and what types of ads they are served.