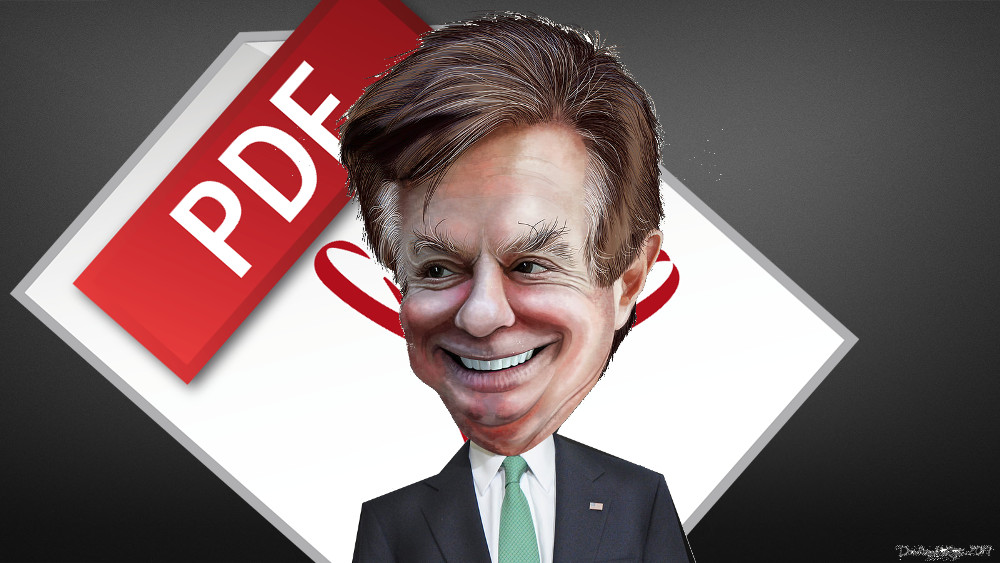 Paul Manafort, one-time Trump campaign manager, has been indicted for cooking his books in order to qualify for a loan; prosecutors secured the evidence of his fraud by searching his email, which contained attachments that clearly showed him doctoring his financial statements and then emailing them to his co-conspirator Richard Gates so Gates could convert them to PDFs, which literally just involves selecting "Save As..." and choosing "PDF."

"Manafort emailed Gates a .pdf version of the real 2016 DMI P&L, which showed a loss of more than $600,000," the indictment claims. "Gates converted that .pdf into a Word document so that it could be edited, which Gates sent back to Manafort. Manafort altered the Word document by adding more than $3.5 million in income."

Then, according to the indictment, Manafort "sent this falsified P&L to Gates and asked that the Word document be converted back to a .pdf, which Gates did and returned to Manafort."

By sending these documents back and forth by email, Manafort and Gates made it easy for prosecutors to pinpoint exactly who changed the documents and when.