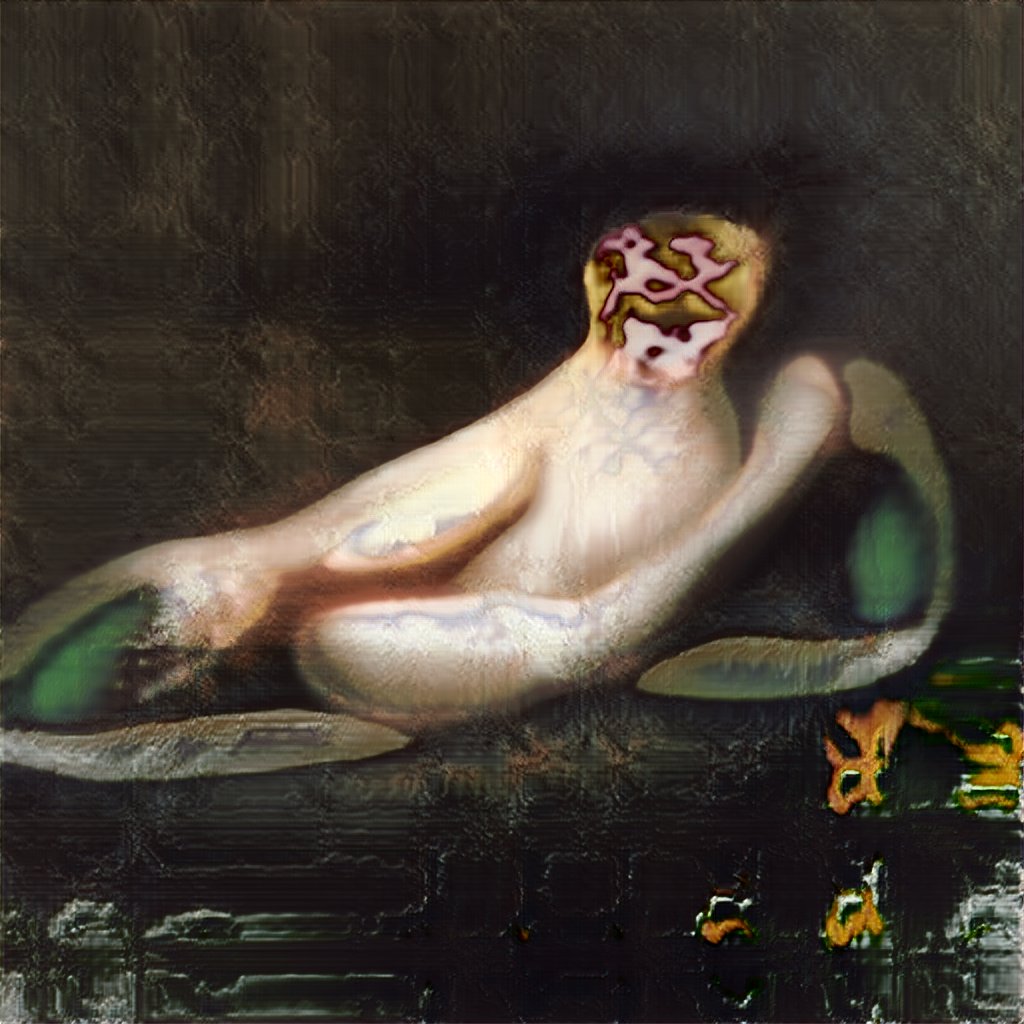 Robbie Barrat is generating warped, surreal paintings using artificial intelligence and the results are really something.

Usually the machine just paints people as blobs of flesh with tendrils and limbs randomly growing out - I think it's really surreal. I wonder if that's how machines see us...

The results are surreal. Barrat posted many of the final pieces of artwork -- which can only be described as surreal, blobby, swirly naked women -- on Twitter. It's almost like a very intoxicated Salvador Dali and a dizzy Picasso joined forces to make art. ...Barrat's AI-assisted artwork isn't exactly sensual. In fact, most of the nudes look like they are melting on a very hot day.

"The way that it paints faces makes me uncomfortable. It always paints them as like, purple and yellow globs -- that isn't in the training set so I'm actually still not sure why it does that.

I don't like looking at those heads, I really don't.