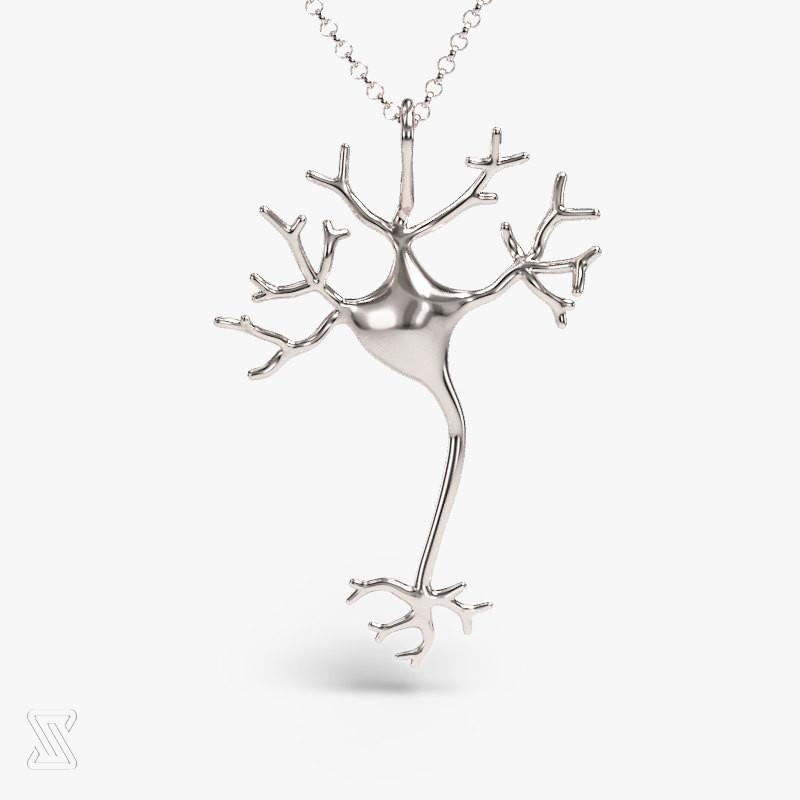 For €105, the delightful and enchanting silver Neuron Necklace is yours. Its just one of a number of clever items offered by science-inspired jewelry, which include brains, fetuses, spines and thyroid hormones. [Thanks, Heather!]