Basic Engine: $10 open-source gadget designed to be the best game machine of the 1980s 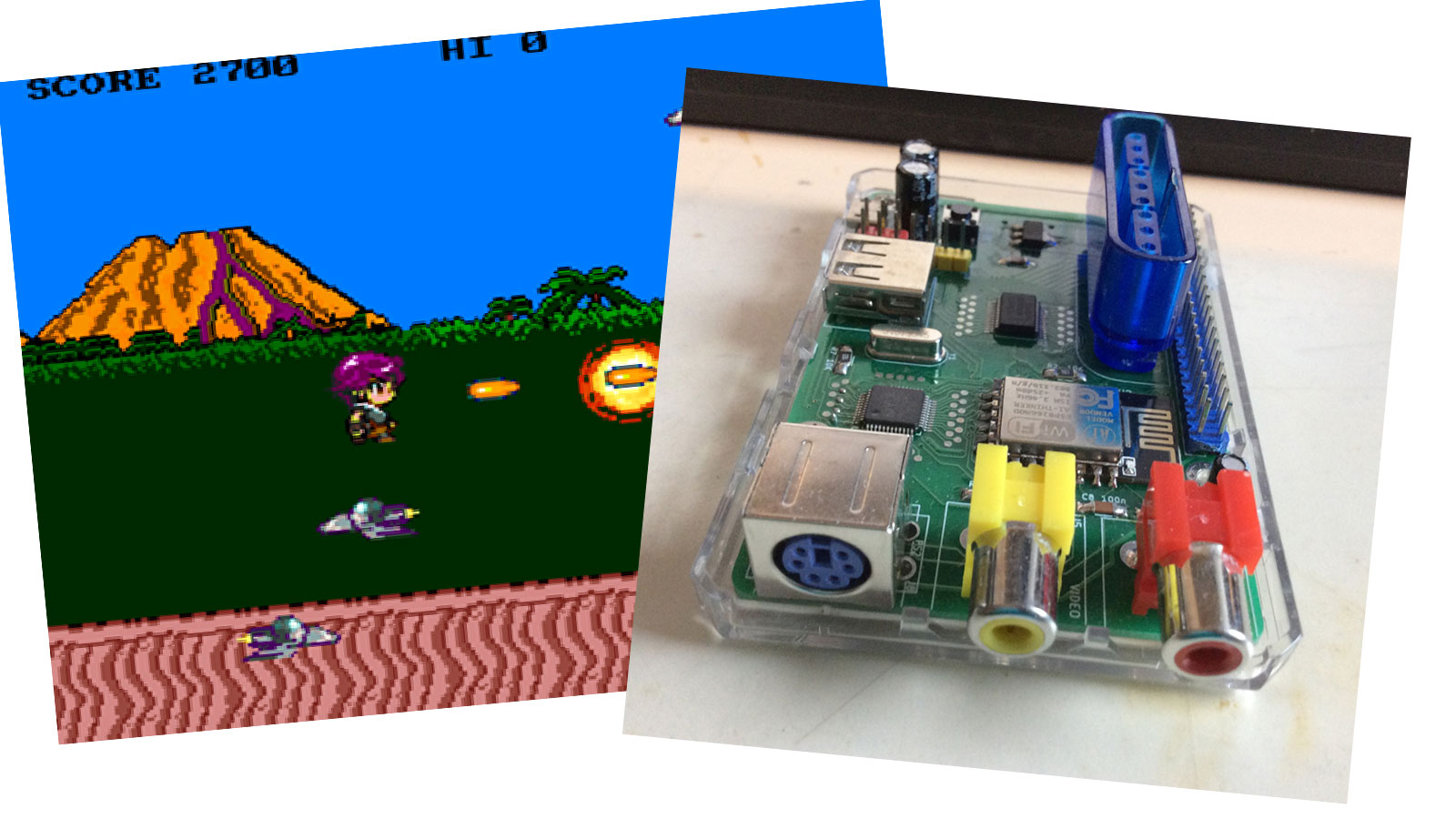 The Basic Engine is a tiny but intentionally limited computer platform designed to be like a late-1980s game console or home computer, but with some useful modern benefits. In effect, it's like Pico-8, but hardware instead of a set of abstract and arbitrary design limitations on software.

The BASIC Engine is a very low-cost single-board home computer with advanced 2D color graphics and sound capabilities, roughly comparable to late-1980s or early-1990s computers and video game consoles. It can be built at home without special skills or tools and using readily available components for under 10 Euros in parts, or mass-produced for even less.

Graphics and sound
· 256-color text and graphics at resolutions from 160x200 up to 460x224 (PAL: 508x240) pixels
· Software sprites (up to 32 sprites sized up to 32x32 pixels).
· Scrollable tiled background graphics engine with up to four layers.
· Wavetable synthesizer and PLAY command that renders music in MML format.
· Loading and saving of PCX image files to and from video memory.
· Various text fonts built-in, including an ATI 6x8 font (for up to 76 (PAL: 84) characters per line) and PETSCII.
· Direct manipulation of video memory and controller registers possible, permitting higher-color screen modes, custom resolutions and other video effects.

"Why not just use a Rasberry Pi?" is a common question but the answer should be obvious: it's about a nostalgic idea of the perfect thing that never existed, a technological hiraeth, forbidden to exceed the place and time the yearning was born.

Products can often earn themselves a second life — and maybe even a far greater life — just by being super versatile. In 1943, naval engineer Richard James was working on building a meter to monitor power needs on a battleship. But when one of his springs fell, then “walked” across his desk, he was […]