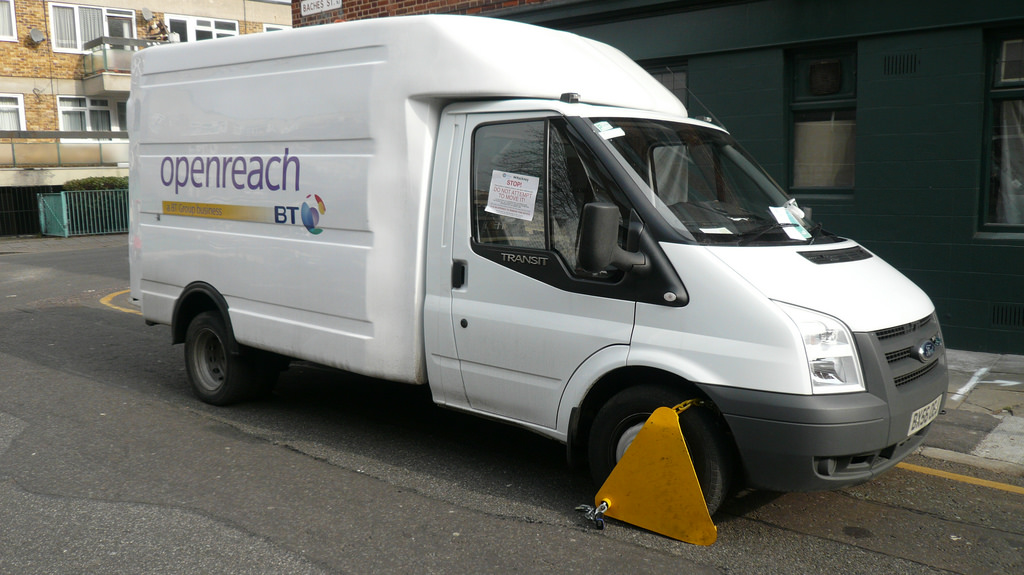 The UK Committees of Advertising Practice changed the rules for ISP advertising: where once the ISPs could advertise speeds of "Up to" some incredibly high number so long as 10% of customers ever achieved that speed, now ISPs can only advertise a speed promise if 51% of their customers attain that speed at all times.

Which? magazine published an analysis of ISP ads before and after the rule and found that advertised speeds dropped by 41%; earlier polling by the magazine found that "British households are paying for broadband services that are on average 51 percent slower than advertised."

If you're in the UK and looking for a genuinely excellent ISP that delivers on its promises, I thoroughly recommend the wonderful Andrews and Arnold; I was a happy customer of theirs for years when I was a Londoner. They even successfully intervened with the farcically terrible BT Openreach on my behalf, an act of commercial sorcery on par with levitating the Gherkin or successfully taxing Starbucks.

The entry-level speed tiers were apparently the least accurate before the rule change. While advertised speeds dropped the most on entry-level tiers, there were drops in higher-speed tiers as well.

"[A]cross all the deals on offer from the 12 biggest providers, the advertised speeds from 'up to 17Mbps' to 'up to 100 Mbps' had decreased by an average 15 percent," the group wrote. Virgin Media was the only ISP whose advertised speeds went up after the rule change.

Advertised broadband speeds lowered by 41% on cheapest deals since ASA ruling [Which?]