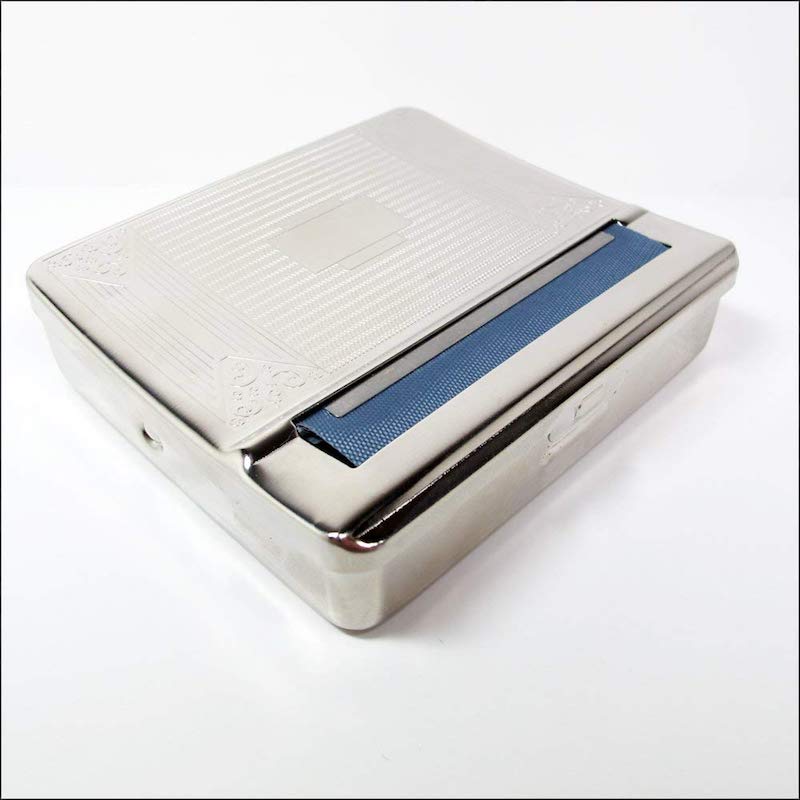 I have had one of these rolling boxes ever since I was a teen.

I do not know why I can not roll a joint. It isn't for a lack of trying, or practice. I just can not do it. I can however reliably pop a joint out of this rolling box. After 20 years or so my last one just died of a broken belt. If this $6.15 box lasts 1/2 as long, I'll be thrilled.

Any brand rolling paper will work.