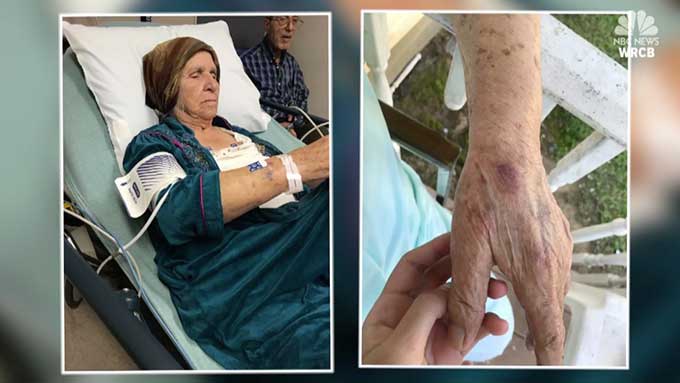 My grandmother used to make dandelion wine, which is probably why an 87-year-old woman named Martha Al-Bishara was in the lawn of a Boys and Girls Club in Georgia, cutting and collecting the dandelion plants. Police confronted Al-Bishara after an employee called police to complain that she was in the yard, "looking around for vegetation to cut down or something." Police arrived and told Al-Bishara to drop the knife, but she didn't speak English so she didn't drop the knife. One of the officers pulled out his own pocket knife and dropped it on the grass to show her what he wanted her to do. When she didn't comply to the pantomime, an officer shot her with a taser, even though she had remained calm the entire time and showed no signs of agitation. They charged her with criminal trespass and obstructing an officer. Watch video here.

"An 87-year-old woman with a knife still has the ability to hurt an officer," Chatsworth Police Chief Josh Etheridge told reporters.

The incident feels just like an episode of Mayberry RFD, except Sheriff Talyor would have not used a taser and would have helped Al-Bishar collect dandelions before driving her to his place for lunch with Opie and Aunt Bea.