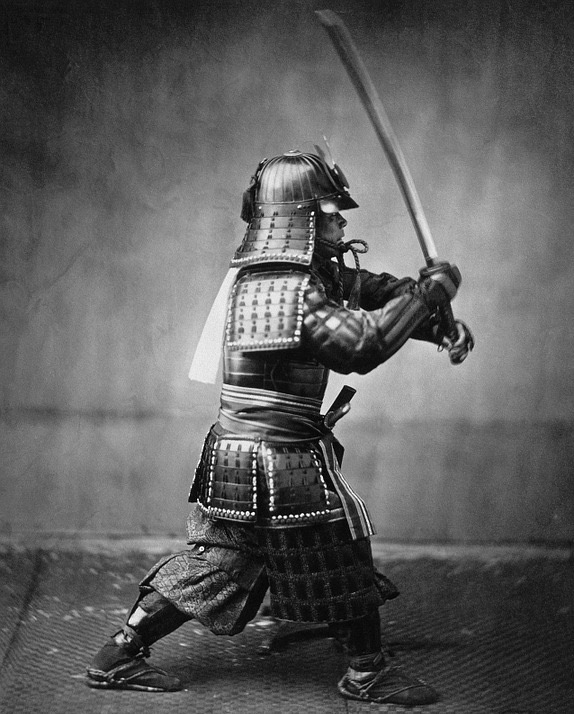 One of my favorite things about learning Japanese and living here for over half my life is discovering all the words and phrases that have no exact equivalent in English. It’s an incredible feeling when you learn to describe an emotion, situation, or predicament that you never even realized you hadn’t previously been able to articulate.

It wasn’t too long ago that the Japanese words kintsugi (repairing broken pottery with lacquer mixed with gold) and tsundoku (the act of piling up reading material, but not quite getting around to reading it) made the rounds. It dawned on me that maybe other people like discovering these little treasures, as well.

Today I give you one of my favorite Japanese phrases: mushaburui.

This one’s an oldie but a goodie. Let me explain: Musha in Japanese means warrior or samurai. While the character for burui is a different pronunciation of furu, to shiver, quiver, or shake. Thus, I give you the “shivering samurai”. But what it means is even better than that.

When I was first taught this phrase, I was told to imagine the evening before a large battle. A samurai warrior is quietly making his preparations. He’s nervous, frightened, excited. Yet, despite this mix of emotions, there is a calmness and resignation at facing what might be a great victory or his inevitable death. He doesn’t know why, but as he reaches for his sword he’s trembling.

It is an older Japanese term used to describe a feeling I think we’ve all had at sometime in our lives. Maybe we weren’t standing at the jaws of war. Maybe we were simply just about to do something out of our comfort zone, something we were terrified to do, but knew we had to do it. Going for an interview at our dream job. Telling our best friend that we’ve been in love with them all this time. Maybe we were submitting an article to BoingBoing. These situations, too, are mushaburui.