Deputy Attorney General Rod Rosenstein not fired after all 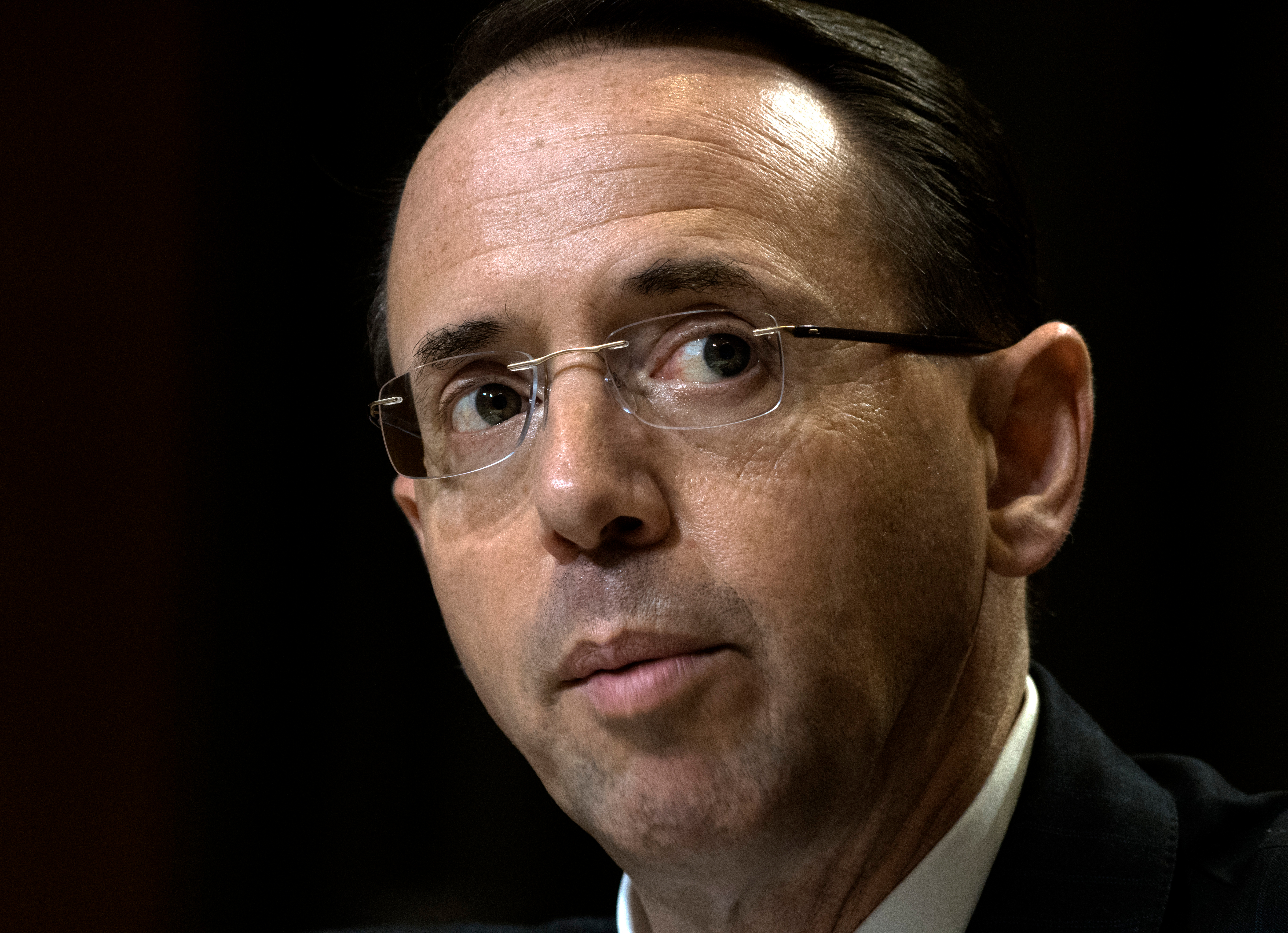 UPDATE: Reuters reports that the Axios report mentioned below is wrong, and that Rosenstein is not yet out. White House Press Secretary Sarah Sanders confirmed on Twitter:

Deputy Attorney General Rod Rosentein expects to be fired today at the White House, according to reports, though Axios reports that he "verbally resigned" in a call with White House Chief of Staff John Kelly.

CNN, Bloomberg and The Washington Post quickly confirmed this report.

NBC reported that Rosenstein was refusing to resign by his own volition, saying President Trump had to fire him.

Rosenstein's departure follows a story in The New York Times reporting that he suggested secretly recording the President and discussed invoking the 25th Amendment to remove him from office.

Rosenstein supervised Special Counsel Robert Mueller's investigation into Russian efforts to influence Donald Trump's election campaign, to the president's constant annoyance. Aides reportedly tried to prevent Trump firing him in the immediate aftermath of the Times' report, lest it unleash yet more political chaos in the run up to November's mid-term congressional elections.

What happens next? FiveThirtyEight speculates:

There are several ways this could play out. One is that Trump might pressure Rosenstein’s replacement to curtail the Russia investigation. (Solicitor General Noel Francisco is next in line at the Justice Department.) Trump could tell Francisco, for example, to stop Mueller from pursuing any avenue of inquiry that involves Trump’s financial records or other sensitive topics, or he could order him to fire Mueller and either allow the investigation to continue with a replacement (or without a special counsel at all) or shut it down entirely.

If that’s not something Francisco is willing to do, Trump could try another tack: appointing an acting deputy attorney general who would fill the vacancy created by Rosenstein’s removal. But this could spark a legal showdown, since it’s not clear whether this person would actually be in charge of the Russia investigation until being confirmed by the Senate.

Here's Sarah Posner on the significance of Rosenstein insisting on being fired or refusing to resign:

Whether RR resigns or is fired MATTERS. Here's why. https://t.co/jvmVt49Jdp pic.twitter.com/kFqhFAHCK4

you can't fire me I quit