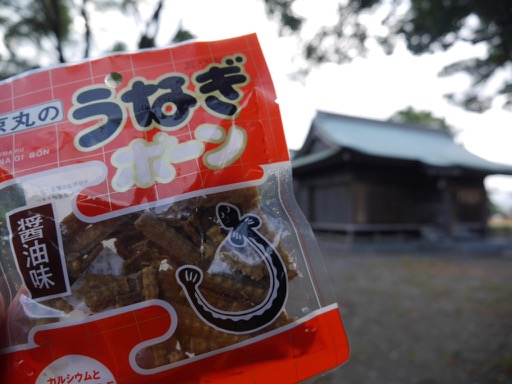 I'm no stranger to eating bones. As a child I was like a cat hearing the lid being peeled off a can and flying into the kitchen to see what's for dinner. Every time my mother opened some canned salmon, there I'd be, standing by her side waiting for her to drop some of those soft, greasy, salty fish bones into my hands. But I haven't done that in years.

Fast forward to the other day, when I came across a bag of similar-looking bones in my local supermarket here in Japan. A quick look and I noticed they weren't salmon bones, nor were they soft or greasy. They were eel bones.

Dry roasted eel bones, in fact. The package tells me they are chock full of calcium, vitamins A, B2, D, and E. Who needs potato chips when for 200 yen you can get 26 grams of eel bones to nosh on? Not only that, but Kyomaru makes several different flavors, too: spicy, salt, soy sauce, wasabi, and sweet sesame seed flavored.