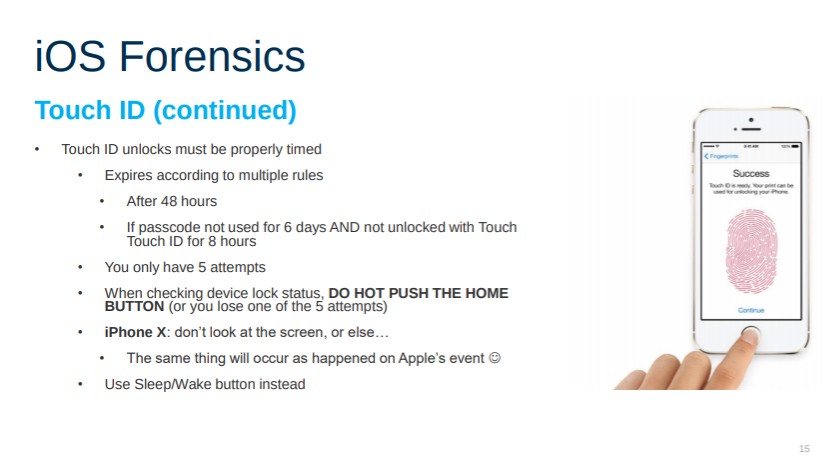 A leaked police-training presentation from digital forensics company Elcomsoft (a company that made history due to its early run-in with the DMCA) advises officers not to look at Iphones seized from suspects in order to avoid tripping the phones' facial recognition systems -- if Iphones sense too many unlock attempts with faces other than those registered as trusted, they fall back to requiring additional unlock measures like passcodes or fingerprints.

“iPhone X: don’t look at the screen, or else… The same thing will occur as happened on Apple’s event,” the slide, from forensics company Elcomsoft, reads. Motherboard obtained the presentation from a non-Elcomsoft source, and the company subsequently confirmed its veracity.

“This is quite simple. Passcode is required after five unsuccessful attempts to match a face,” Vladimir Katalov, CEO of Elcomsoft, told Motherboard in an online chat, pointing to Apple’s own documentation on Face ID. “So by looking into suspect’s phone, [the] investigator immediately lose one of [the] attempts.”