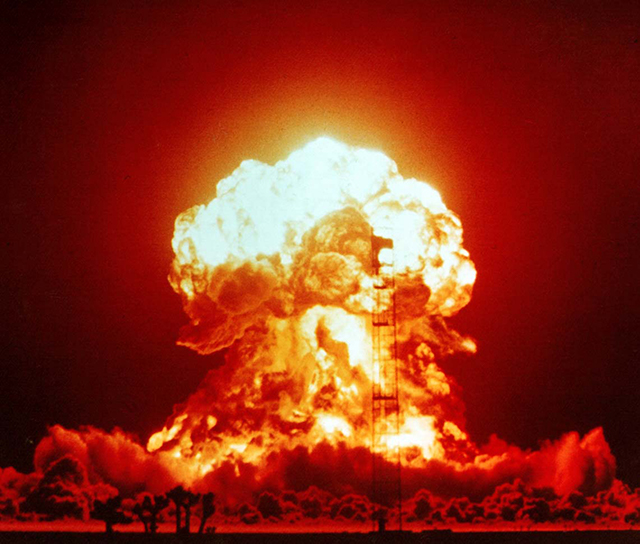 No one's ever satisfied with what they have. If you're given a piece of cake, chances are, you'd be happy with another helping. You've got a job, but you'd like a better one. You can enjoy the view from the valley, but the scenery would be better at the top of the mountain.

Canada has legal cannabis. Now the cops are worried about Canadians making their own hash oil using dangerous methods.

From the Kelowna Daily Courier:

Alberta law enforcement officials say they are worried that the legalization of marijuana could lead to potentially explosive consequences for users taking a do-it-yourself approach to making cannabis derivatives at home.

Just over a month ago, Canadians were given the right to purchase dried and fresh cannabis and unconcentrated forms of cannabis oil.

It is likely to be another year before concentrates will be legalized.

"What's going to happen — and this is just my prediction — is that people are going to do a butane hash extraction at home and they're going to blow themselves up," said Sgt. Guy Pilon, clandestine lab co-ordinator with the Edmonton Police Service.

"We've had a number of those in the recent past. People blow themselves up trying to make this weed oil."

According to Sgt. Pilon, in the days before dope was legalized in Canada, the Edmonton Police Service dealt with only a handful of homemade lab setups designed to extract oil hash oil, using butane. The oil extracted is wicked potent. Unfortunately, using butane to extract it is wicked dangerous: a single spark with butane in the air will ensure you have a bad day.

Shatter is insanely potent. It can have a THC concentration upwards of 95%. I can see why a little DIY dope project would be a tempting proposition. Despite the gains of making the stuff, it's hard to say whether or not it's really worth the risk. The interwebz are full of detailed instructions on how to make their own butane shatter, sure: the web is a wonderful place.

It is also a place full of dangerous idiots.

We're all adults here. If you decide to choose your own butane adventure, please remember: it's not just you that you're putting at risk by mucking about with a highly flammable gas in a highly unrecommended manner. Your neighbors, children and everyone else around you has skin in the game as well.

Take care of you and yours. No one else will.