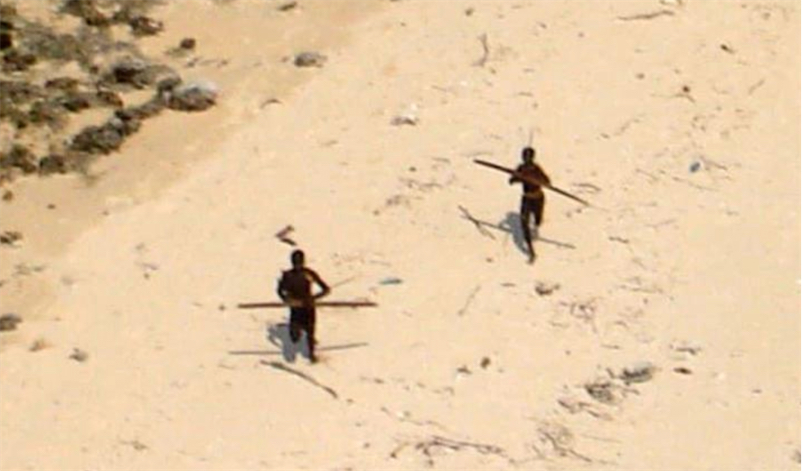 The Sentinelese are one of the world's last "uncontacted" indigenous peoples, a hunter-gatherer tribe who live on the remote North Sentinel Island in India's Andaman Islands chain. This week, John Allen Chau, 27, eager to meet the tribe and hopefully convert them to Christianity, paid local fishermen to help him get near the island. As soon as he illegally landed his canoe on the shore, the Sentinelese fired arrows. He escaped with injuries but returned twice later and was eventually killed. From CNN:

"We refuse to call him a tourist. Yes, he came on a tourist visa but he came with a specific purpose to preach on a prohibited island," said (Dependra Pathak, Director General of Police of the Andaman and Nicobar islands).

Chau did not inform the police of his intentions to travel to the island to attempt to convert its inhabitants...

"According to the fishermen, they used a wooden boat fitted with motors to travel to the island on November 15," Pathak said.

"The boat stopped 500-700 meters (1,640 - 2,300 ft) away from the island and (the American missionary) used a canoe to reach the shore of the island. He came back later that day with arrow injuries. On the 16th, the (tribespeople) broke his canoe.

"So he came back to the boat swimming. He did not come back on the 17th; the fishermen later saw the tribespeople dragging his body around."

(A) 2011 survey only spotted 15 Sentinelese on their island -- the count was done from a distance due to the danger in approaching the tribe. In the 2001 census, the total population was estimated to be 39.

India has designated five indigenous tribal groups in the territory as "particularly vulnerable" due to the loss of sustaining resources and customs.

India's Ministry of Tribal Affairs has said that, with regard to Sentinelese tribes, the Andaman and Nicobar Islands administration "has adopted an 'eyes-on and hands-off' policy to ensure that no poachers enter into the island."

Learn more about the Sentinelese at Survival International.

(Above: 2004 photo of two Sentinelese people taken by the Indian Coast Guard)

The United States “liberated” Guam and the Marianas Islands from 1898 during the Spanish-American War. As is usually the case with American Liberation, this meant further colonization, conversion into military outposts, and a forced re-education of the native Chamorros. To be fair, those indigenous inhabitants had already endured some 300 years of Spanish colonialism by […]